Don Lemon rips Trump supporters in Congress: 'Republicans are hiding their heads in the sand' 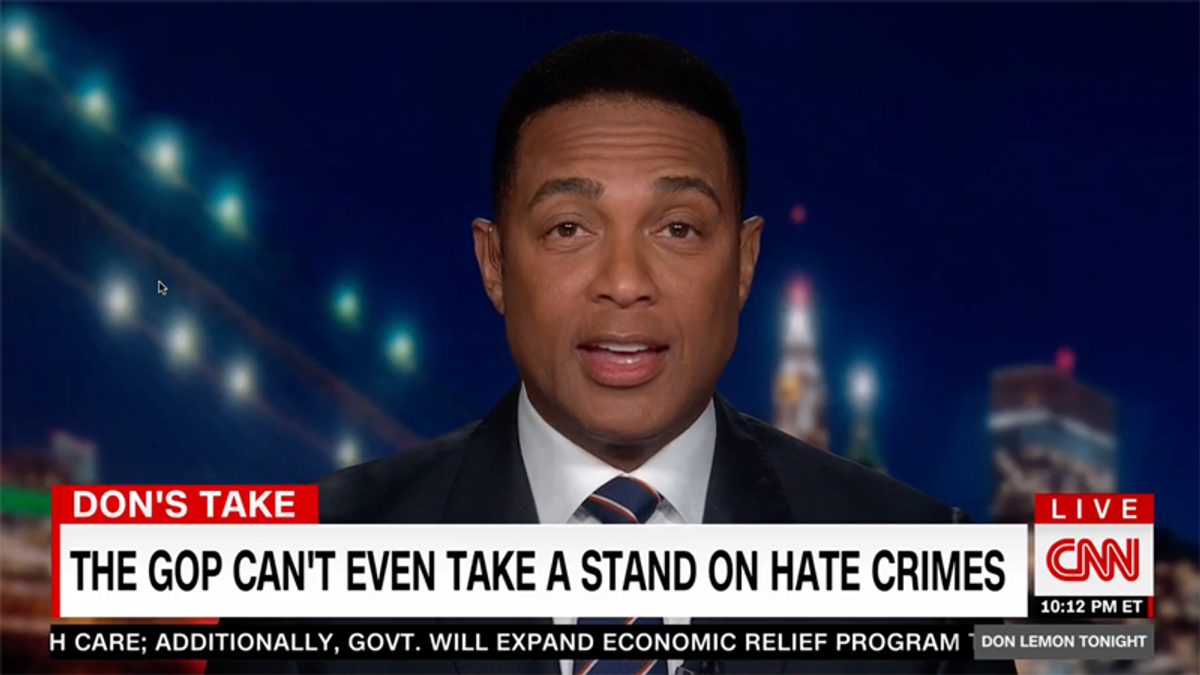 CNN's Don Lemon on Friday blasted the Republican Party for refusing to show leadership on the major issues facing America.

Lemon played the shocking new body cam footage showing the killing of Ronald Greene while he's in the custody of Louisiana State Police.

"How many times does this have to be helpful when we wait for meaningful police reform?" Lemon asked.

He faulted Republicans for failing to commit to police reform.

"On every one of the issue that really matters to the people of this country, Republicans are hiding their heads in the sand," he said. "That's all they're doing."

"And after this week, we know what the GOP stands for and their priorities if there is any doubt about what their priority is.

"The one-time party of Lincoln — one-time — stands for nothing except the disgraced, twice-impeached, one-term former president and themselves, not democracy," he charged.

He also detailed the latest on hate in America, showing shocking videos.

"Look at that. They can't even take a stand on that," Lemon said. "Hate is proliferating, anti-Semitic attacks are spreading in cities all across this county."