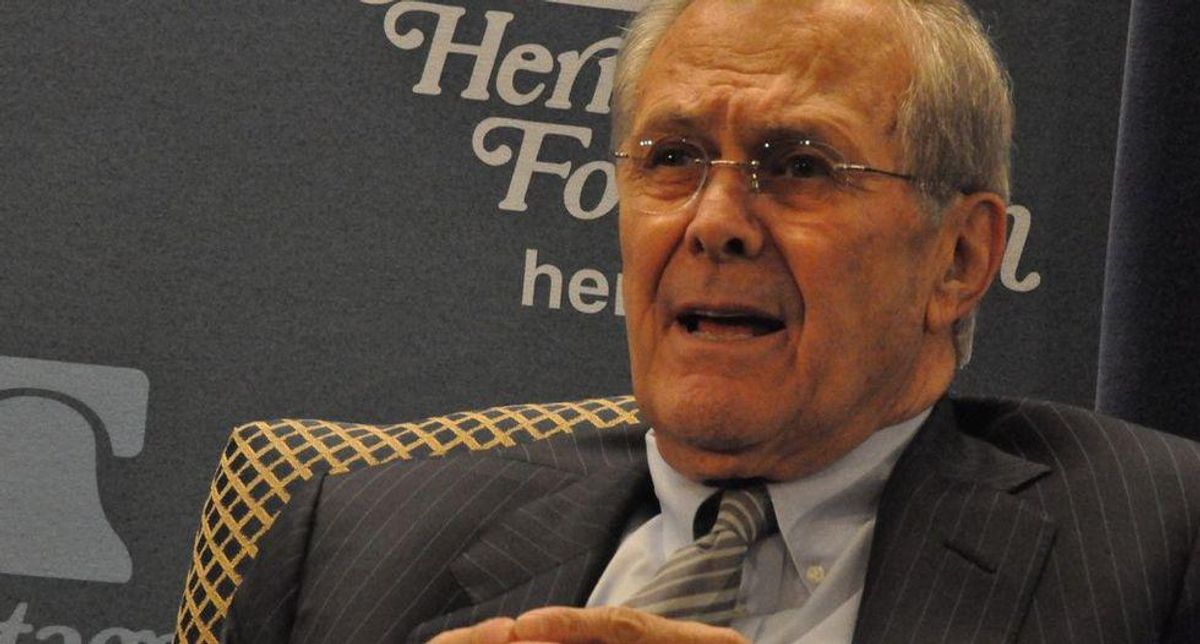 Rumsfeld, who served under former President George W. Bush from 2001 through 2006, penned one particularly prophetic memo in August 20, 2002, in which he argued that it didn't matter how many troops the United States sent to Afghanistan if it could not build a credible state that had legitimacy among ordinary Afghans.

In the memo, Rumsfeld insisted that more must be done to shore up the credibility of then-Afghan President Hamid Karzai, who had been struggling to gain acceptance among the country's many regional leaders.

"Karzai needs the institutions of government, a budget that is funded and resources from the international community, so he can develop political strength in the regions," argued Rumsfeld. "He needs to be able to show the Afghan people that he is delivering for them and that it is in their interest to help keep the Taliban out. Only with progress on the civil side will Karzai gain the strength and leverage he needs with the regional political leaders (warlords)."

Rumsfeld then said that if this didn't happen, no amount of American military might would be able to keep the country peaceful over the long haul.

"Without successful reconstruction, no amount of added security forces would be enough," he said. "The Soviets had over 100,000 troops and failed."

As the U.S.-backed Afghan government completely collapsed this month, many longtime observers of the war said that it had never succeeded in achieving legitimacy in the eyes of most of its people despite being propped up by America for the last 20 years.