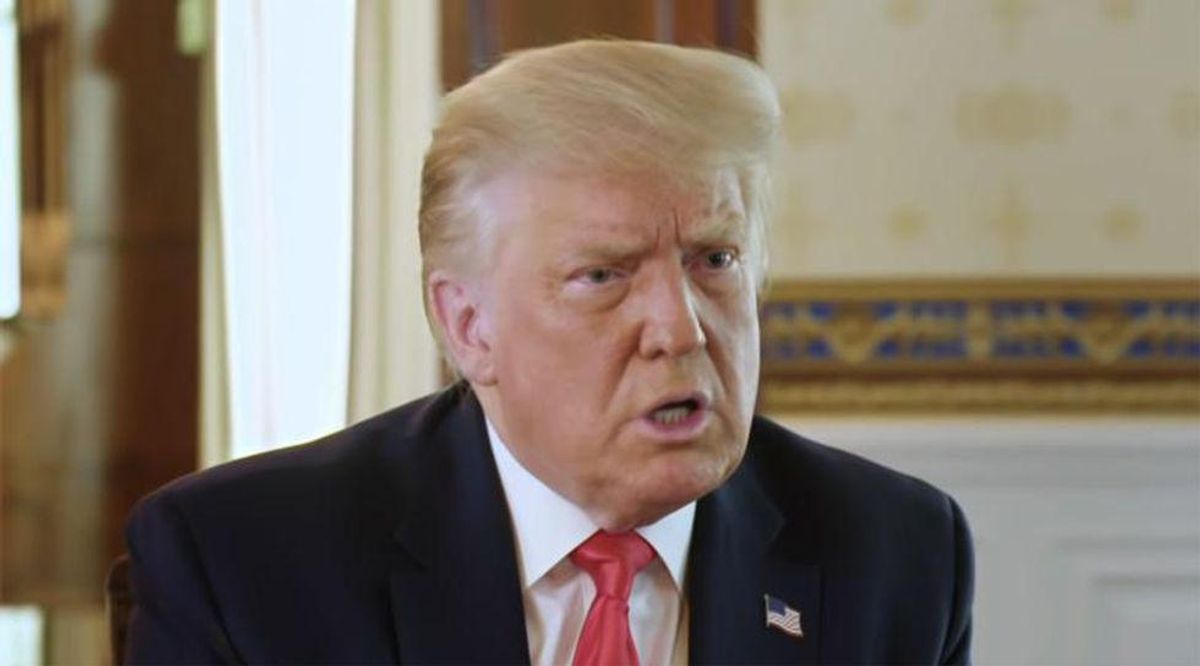 On Saturday night, former president Donald Trump called into Fox News host Dan Bongino and, during a rambling interview that touched upon multiple subjects, made some curious claims about the COVID-19 pandemic that had critics wondering if he even remembers last year when the country went into a major shutdown.

With a COVID variant running rampant across the country among Americans who have refused to get vaccinated, host Bongino asked about the current state of affairs while complaining about potential mask mandates.

"Well, first of all, could you imagine if I were president right now and we had this massive attack from the coronavirus, you know, now they like to call it, they have new names and they have other new names, but it's exactly what we had, we had the same thing," Trump suggested. "If that were me, they would say 'what a horrible thing, what a horrible job.' These are numbers in some cases that are equivalent to what it was, but we don't hear that."

Critics were quick to note that the former president did little during the early days of COVID-19 which led to over 600,000 deaths as his administration bungled the response -- in sharp contrast to the pro-active work being done by President Joe Biden's administration.

@Mediaite An example of severe cognitive decline with a dash of insanity.
— Sandra Morton (@Sandra Morton) 1628409206.0