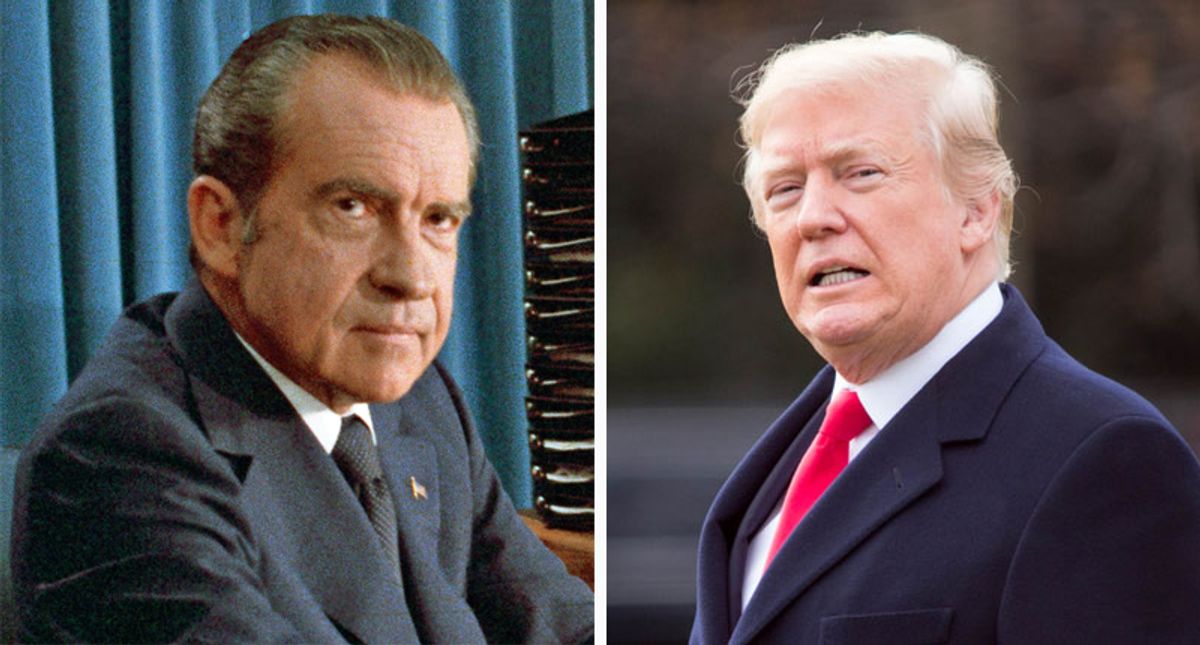 On Thursday, CNN reported that outgoing President Donald Trump has banned his staff from mentioning Richard Nixon's resignation — or even Richard Nixon altogether.

"Trump has been consumed by the unraveling of his presidency during his last days in office, according to people around him, which included a casual discussion among advisers recently about a possible resignation," reported Kevin Liptak and Kaitlan Collins. "Trump shut the idea down almost immediately. And he has made clear to aides in separate conversations that mere mention of President Richard Nixon, the last president to resign, were banned."

Further, according to the report, "He told one adviser during an expletive-laden conversation recently never to bring up the ex-president ever again."

Nixon famously stepped down in 1974 as a result of the Watergate scandal, after tapes were released of him orchestrating a plot to spy on his opponents and obstruct justice.

A previous ABC News report suggested that aides previously brought the idea of resigning early to Trump, but the president rejected it — in large part because he doesn't trust Vice President Mike Pence to issue him a pardon, as Gerald Ford did for Nixon.

Trump and Pence's relationship has been rapidly deteriorating ever since Pence determined he lacked the constitutional authority to block certification of President-elect Joe Biden's victory in Congress, a fringe legal theory pushed by right-wing Chapman University law professor John Eastman. This week, Eastman was forced out of his job after speaking at the pro-Trump "Save America" rally that devolved into a violent attack on the U.S. Capitol.