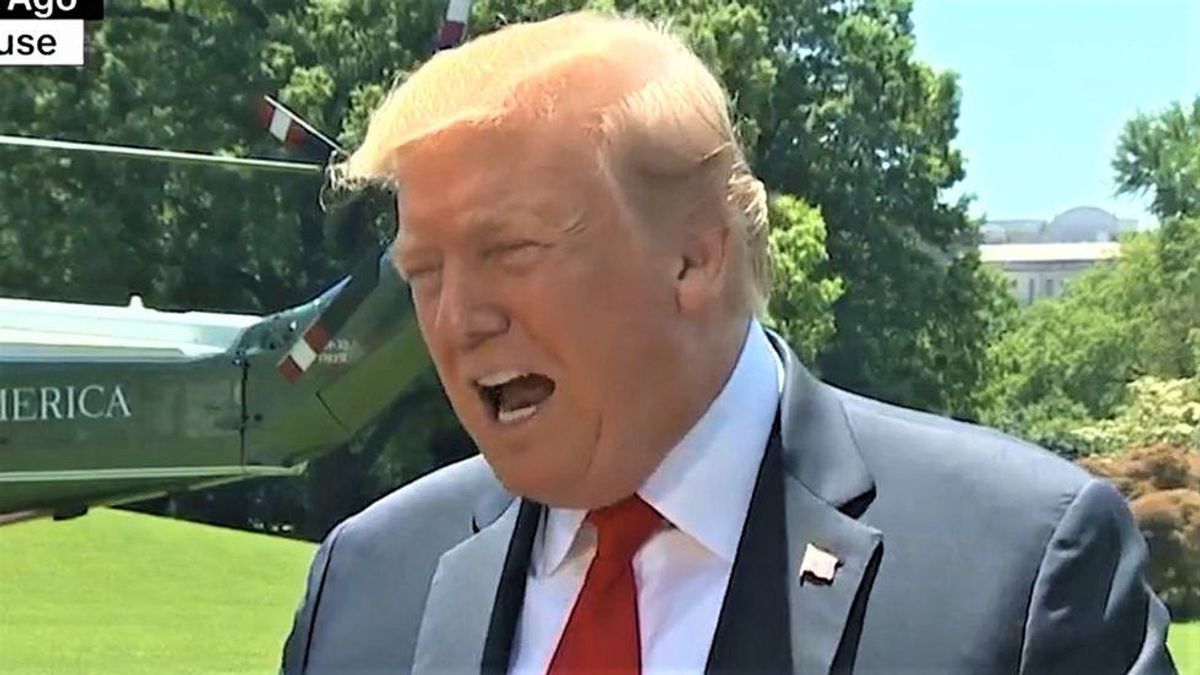 Donald Trump demanded that President Joe Biden "resign in disgrace" for the collapse of Afghanistan, and again baselessly questioned his own election loss.

The twice-impeached one-term president issued the statement through his spokeswoman Liz Harrington, who has not yet been suspended from Twitter.

"It is time for Joe Biden to resign in disgrace for what he has allowed to happen in Afghanistan, along with the tremendous surge in COVID, the Border catastrophe, the destruction of energy independence, and our crippled economy," Trump said in the statement. "It shouldn't be a big deal, because he wasn't elected legitimately in the first place!"

Trump's statement was ridiculed, while many users called for the social media platform suspend his spokeswoman, as well.