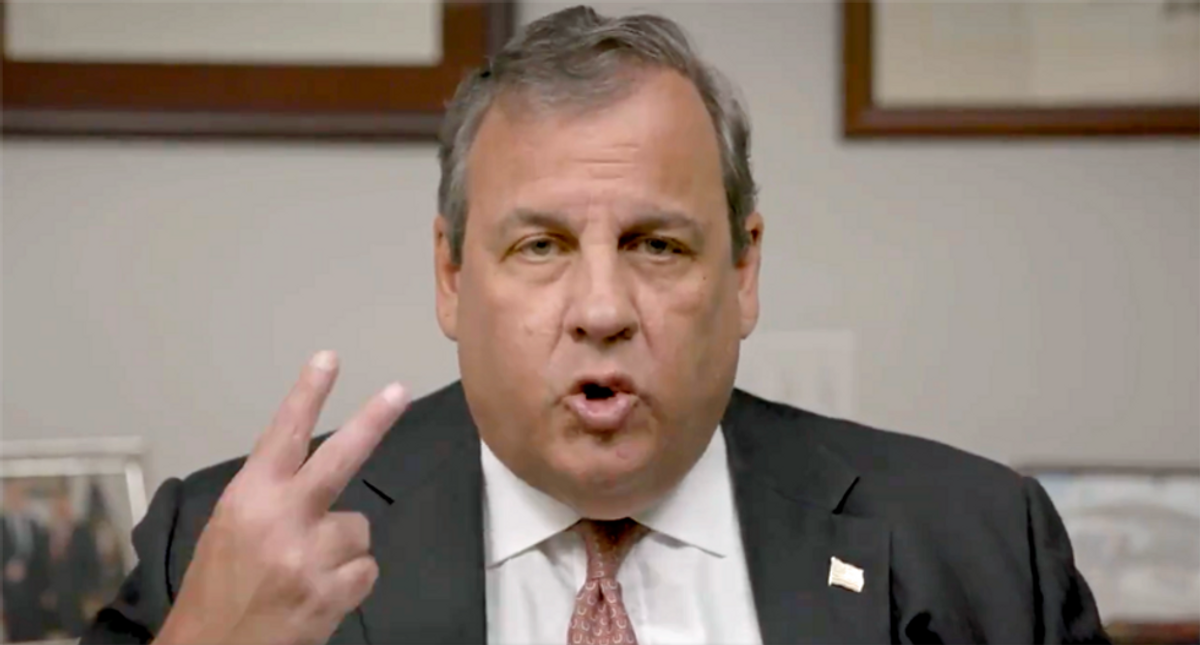 "If Trump freezes the field, that allows Christie to either (a) get a head start when Trump finally decides not to run, or (b) get a clean shot at a one-on-one race against Trump, with the hope that many Republicans who grudgingly supported Trump might prefer the former guy to stay former," Lewis writes. "This is a high-risk, high-reward strategy. Christie could get destroyed and humiliated by Trump who — let's be honest — is the clear frontrunner for the nomination."

Christie seems to understand the risks, and possible rewards, in that strategy.

"I'm also not going to be one of these people who's going to say, 'Well, I'll wait to see what President Trump's going to do,'" Christie told a podcast last month. "I'm not going to defer to anyone if I decide that's what I want to do and that I think I'm the best option for the party and for the country. I think if you say you're deferring to someone, that's a sign of both weakness and indecision, and we've already got that in the White House."

DeSantis has insisted he won't challenge Trump, despite narrowly beating him in one recent straw poll, but Lewis argues the time could be ripe for a certain type of Republican to challenge a former president who was never popular outside the GOP.

"A post-Trump GOP headed by DeSantis or Christie wouldn't be my first choice, but would it at least be tolerable? Perhaps," Lewis writes. "Like pornography, we'll know it when we see it. Regardless, I'm betting the party's next presidential nominee will be either Trump or a slightly less chaotic and maybe more competent version of Trump."