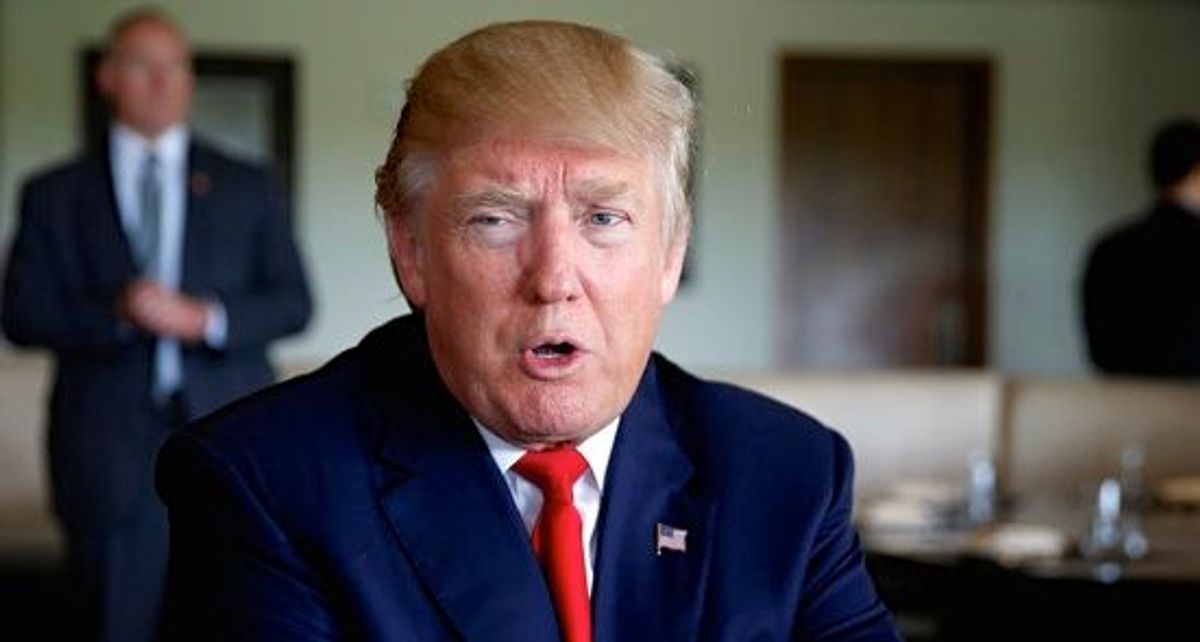 Former president Donald Trump may be permitted to turn his struggling Doral golf resort into a gambling destination despite objections from the neighboring community if a Republican proposal goes through the Florida legislature.

His younger son Eric Trump, who runs the family's private company, has been promoting the possibility of transforming the resort as Republican state legislators discuss a proposal that would allow developers to transfer gambling licenses to properties in areas that have long prohibited casinos -- and also prohibit local governments from stopping them, reported the Washington Post.

"My understanding is they are trying to take the gambling permits that are in South Florida and make them portable, and preempt local governments from stopping them," said Miami Beach mayor Dan Gelber, a Democrat and longtime gambling opponent.

No bill has been submitted yet, but the proposal has been so widely discussed that both sides on the issue have started preparing for a legislative fight that could involve the twice-impeached one-term president and his close ally Gov. Ron DeSantis.

The Doral has seen a drop in business through Trump's presidency and into a second year of the coronavirus pandemic, and Eric Trump told the Post the Miami property would be a natural choice if the GOP proposal goes through.

"Many people consider Trump Doral to be unmatched from a gaming perspective," Eric Trump said in an email statement. "At 700 acres, properties just don't exist of that size and quality in South Florida, let alone in the heart of Miami."

The former president's younger son declined to say whether Trump Organization was pushing for the proposal.

The proposal is being guided by state Senate president Wilton Simpson (R-Trilby), according to two sources, and could be introduced in the next couple of weeks.

"We've been trying to do this for eight years and this is the closest we've gotten," said one source who's familiar with the proposal.

South Florida billionaire and philanthropist Norman Braman, who opposes casinos in the area, said the former president undoubtedly had an influence on the debate, whether he was directly involved or not.

Trump spent years before he ran for political office trying to persuade Florida lawmakers to approve new casino licenses, and even hired a top lobbyist in the state after buying the Doral in 2012, although critics say that might not be enough to save the property he owes $125 million on to Deutsche Bank.

"This guy has bankrupted every casino he's ever run," said Democratic state Rep. Joseph Geller. "How do you bankrupt a casino? I don't think we need a failed casino. We don't want to be the next Atlantic City."