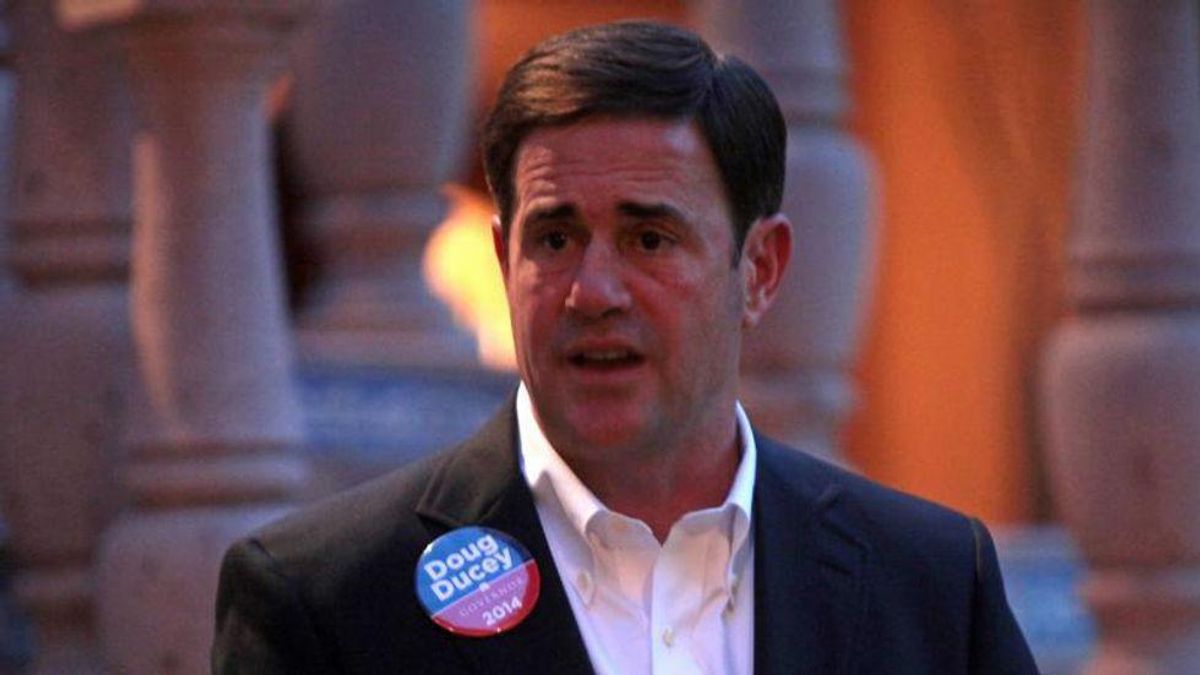 The former president discussed a phone call he had with Arizona Republican Party Chair Kelli Ward.

"Why wouldn't the governor want an audit?" Trump says he asked Ward.a

Trump went on to say Ducey always wanted to be in the front row at his rallies.

"But I'd introduce and him and I wouldn't get much of an applause and I'd get a lot of boos and I kept saying, 'You know, this guy's not very popular.' But now, you know what, he's not popular with me either," Trump said.

Trump also said he told people that he would refuse to endorse Ducey if the governor ran for U.S. Senate in Arizona. Democrats captured both of the state's U.S. Senate seats during Trump's time in office.