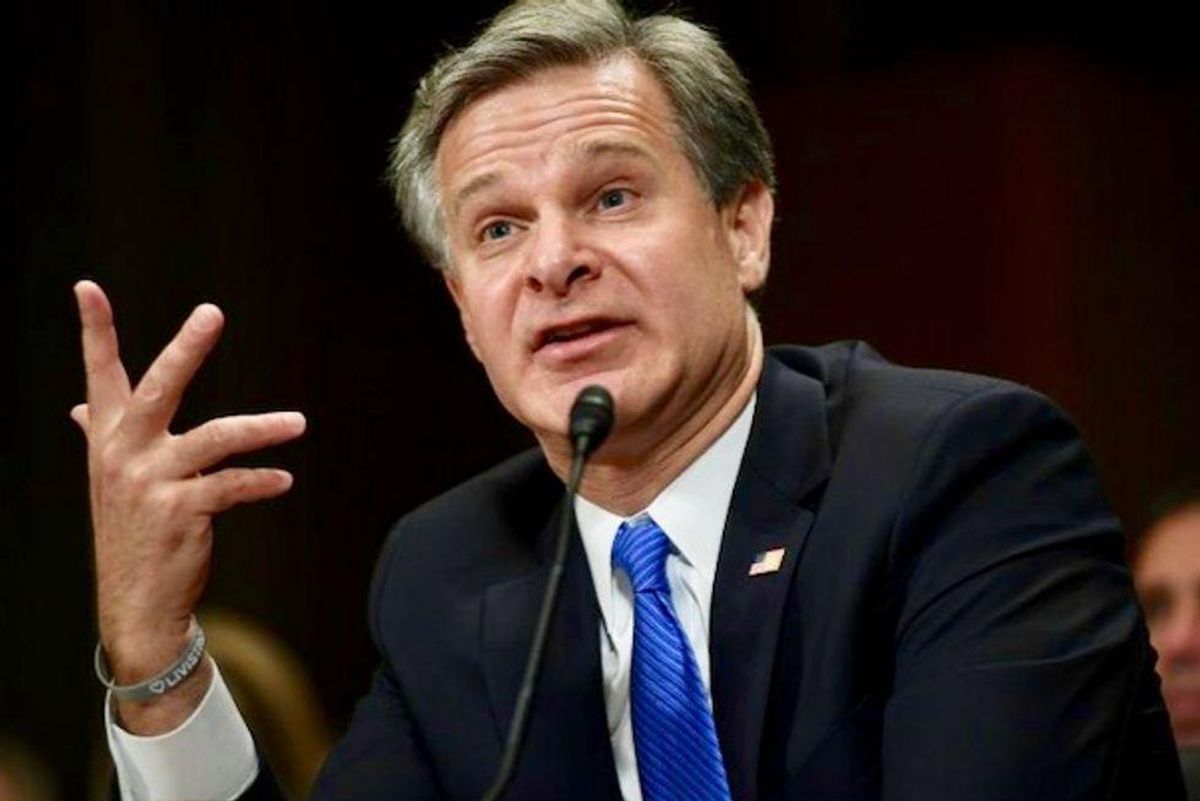 FBI director Christopher Wray signaled that investigators may be looking at Donald Trump's role in the Jan. 6 insurrection, according to one legal expert.

Frank Figliuzzi, the FBI's former assistant director for counterintelligence and an MSNBC legal analyst, said he believes the director showed some of his cards in the ongoing investigation into the U.S. Capitol riot.

"We did hear a very good question that he was asked, which is, are you going to be looking at those people in and around the president -- former president, maybe even sitting members of Congress, are you getting up to that big level?" Figliuzzi said.

Wray declined to answer, saying the FBI was investigating hundreds of cases, and Figliuzzi thought that was a meaningful admission.

"I'm trying to read the tea leaves," Figliuzzi said. "He said very, very carefully, 'We have 500 pending cases, I have judges who would be very upset if I talked about the pending cases. It's not appropriate to tell you whether or not we have such high-level cases.' If I'm going to read the tea leaves, that sounds like the answer was, yes, we are looking at anybody and anything that looks like high-level playing."