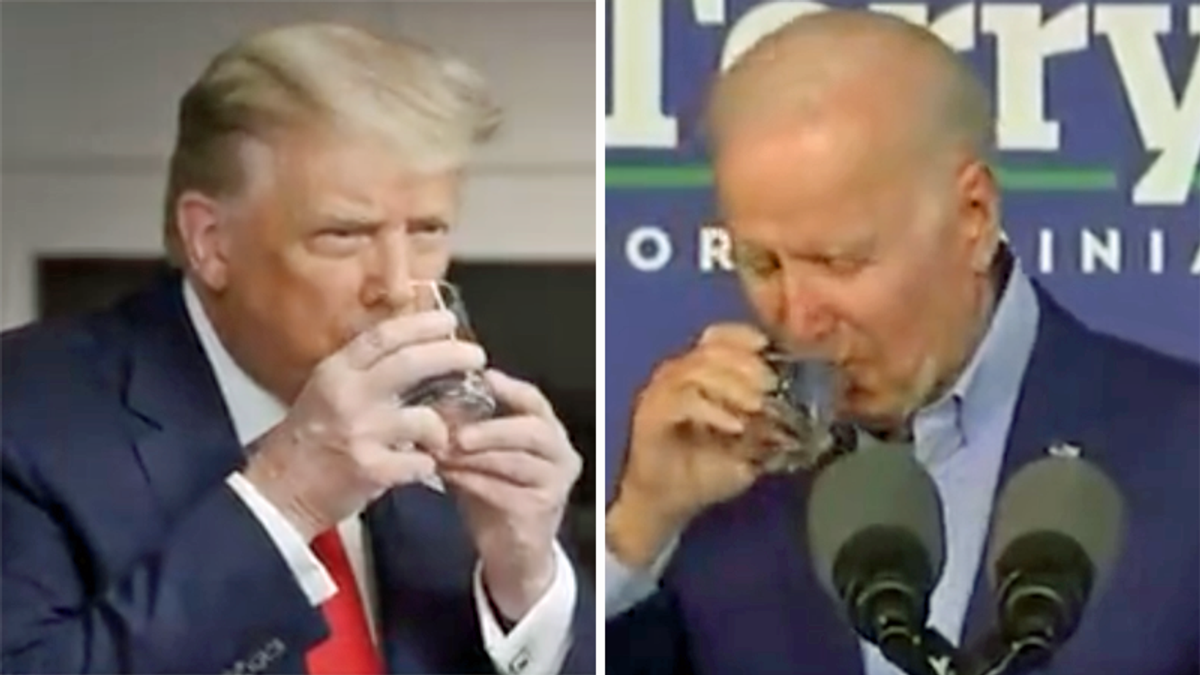 Trump does that weird thing where he uses both hands to drink a glass of water pic.twitter.com/5swKiHmXIE
— Aaron Rupar (@atrupar) October 22, 2020

Following one of the incidents, the hashtag for "Trump is not well" trended nationwide on Twitter. Trump was angered enough by the mockery he had received that attempted to prove critics wrong during a campaign rally a week later.

On Friday, Biden mocked Trump by easily drinking a glass of water with one hand.