Trump's influence over the GOP will 'diminish' as investigators launch their criminal probes: GOP ex-senator 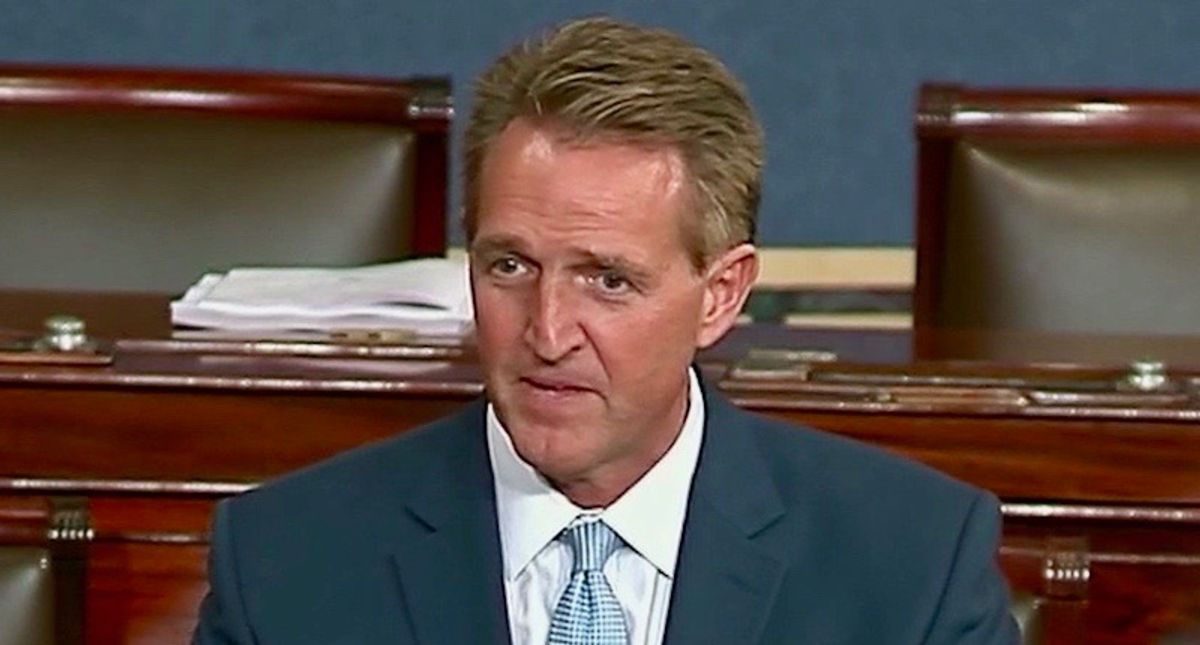 Sen. Jeff Flake (R-AZ) speaks on the floor of the Senate/Screenshot

On CNN Monday, former Sen. Jeff Flake (R-AZ), a longtime conservative critic of former President Donald Trump, suggested that the GOP's subservience to the former president could wane as his legal liabilities continue to mount.

Trump is currently facing multiple legal investigations, most notably by a prosecutor in Georgia for his phone call to the secretary of state demanding he "find" extra votes.

"My sense is that his influence is waning already," said Flake. "You have some members of Congress, the Senate and the House, that are willing to go down to Mar-a-Lago and see what the president wants to do with the party. But my guess is that that is a minority in the party. So I think his influence is waning. Certainly if there's investigations going on, the ones in Georgia in particular ... those, I think, are particularly devastating and most of the country doesn't know much about that yet. I think those kind of things will diminish the president's influence, which I think is ebbing already."

"You believe, Jeff, that Trump is still the leader of the Republican Party?" asked anchor Wolf Blitzer.

"No, I don't," said Flake, who was recently censured by the Arizona GOP for his perceived lack of loyalty to Trump. "Obviously, he has influence still. He can shake up a primary here and there. But if you take Arizona, as an example, the president's weighing in so heavily on the races here led to two losses, over two years. For the first time in 72 years we have two Democrats representing the state in the Senate. So yeah, there are a few races where he could make a difference, but it will likely simply put Republicans in a bad place when the general election comes. And so you'll have people like Mitch McConnell and others who are pushing back on the president's influence."