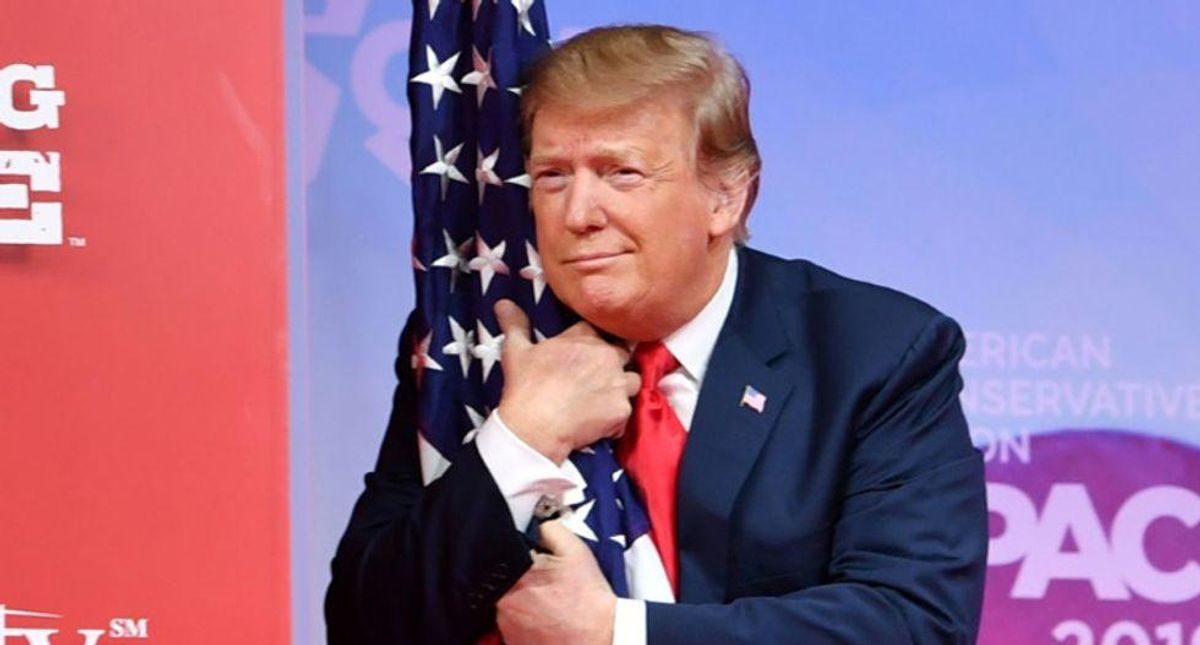 National security analyst Samantha Vinograd noted that, despite President Donald Trump's Twitter rants and threats of martial law, the rest of the international community appears to be ignoring him.

Speaking with Reuters reporter Jeff Mason and host Fredricka Whitfield, Vinograd explained that if another country was doing what Trump is, a normal U.S. president would be on the phone coordinating a response from the global community.

"Seriously if it was up to President Trump, we wouldn't be a democracy anymore. His behavior sounds like the throes of a tyrant," she said. "If this was happening in any other country the national security adviser would, and the president of the United States would be working the phones to tell a foreign leader the cost of such behavior and to urge him or her to stop it. No democracy-supporting president would allow himself to be exposed to these ideas, let alone entertain them. No patriotic president could allow himself to be surrounded by dangerous nonsense peddlers."

She told Whitfield that a real president would be focusing on the pandemic and not rate-tweeting.

"Any president who cared about the president would be working now to battle the COVID pandemic," said Vinograd. "We're under live attacks by Russia, and we're in the midst of a transition. Trump is going out the way that he governed as a live national security threat to the homeland. And the best thing that can happen right now is the Republican lawmakers to get on the phone and tell him to knock it off."

Mason said that it's clear Trump is trying again to manipulate the Supreme Court to take up his case by reminding them that they are on the high court because of him.

Vinograd said that even though Trump is still the president, it's clear that the world is starting to ignore him.

"I think Trump will go down in history as a U.S. president who, again, did not support democracy and likes to be surrounded by unhinged conspiracy theorists," she predicted. "That's his legacy. I think the world is starting to tune Trump out. I think the world acknowledges there would be a peaceful transfer of power and frankly is paying more attention to what president-elect Biden has to say. At this point, one of the safest things we can do is ignore the sitting president, and look for Congress to certify the results of the election in early January, for the inauguration on January 20th, and for a democracy-minded president to come into office on January 20th."

The world is starting to 'tune Trump out' www.youtube.com