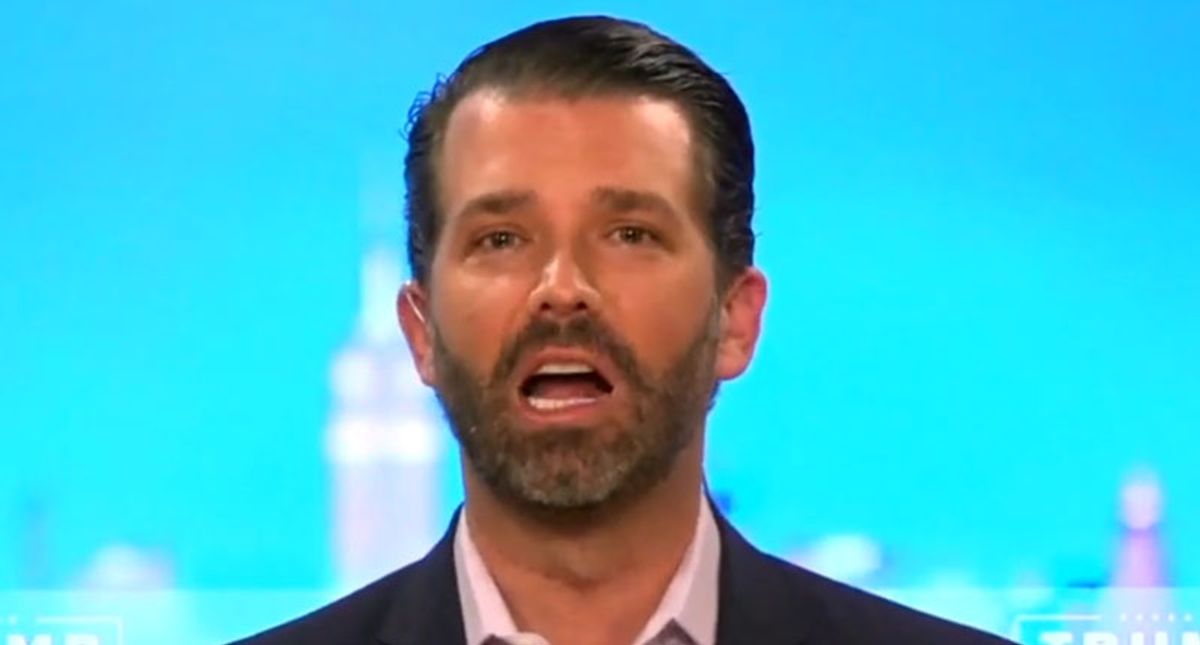 The Washington Post reports that the Washington D.C. Attorney General's office has asked Donald Trump Jr. to sit down for an interview as part of its lawsuit alleging that Trump's 2017 inaugural committee "wasted $1 million of donors' money on an overpriced, little used ballroom at the president's D.C. hotel, and then paid a $49,000 hotel bill that should have gone to the Trump Organization."

The D.C. AG's office has already interviewed first daughter Ivanka Trump for its lawsuit, and the president's eldest daughter at the time complained that the probe was "another politically motivated demonstration of vindictiveness" and a "waste of taxpayer dollars."

In the lawsuit, D.C. Attorney General Karl Racine alleges that the inaugural committee's actions broke rules that bar charities from giving "special benefits" to their own leaders. The suit also asks for the Trump Organization to give back the misused funds so they can be donated to charity.