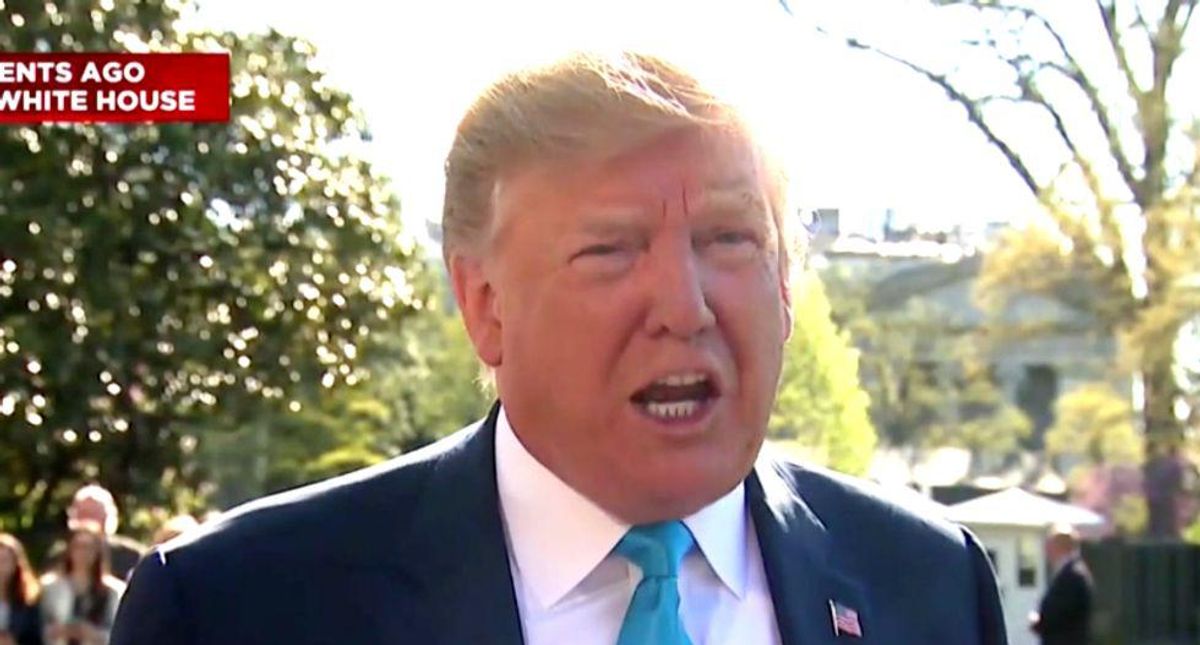 The twice-impeached former president unloaded on his old friends on MSNBC's "Morning Joe."

It's not clear what set off Donald Trump late Tuesday morning, after the program ended, but he issued a statement insulting co-hosts Joe Scarborough and Mika Brzezinski and falsely claimed their show was struggling in the ratings.

"Crazy Joe Scarborough and his blood-curdling psycho wife (?), Mika, are going crazy because their ratings have absolutely TANKED," Trump said in a statement issued on his blog. "They are wrong too often and always predictable. They were right about me in 2016, but I did better in the 2020 Election with 12 million more votes. Stay tuned!"

Trump remains banned from Twitter and Facebook following his election loss and an attempt by his supporters to overthrow the government, and it's not clear what set him off after the couple's broadcast ended.