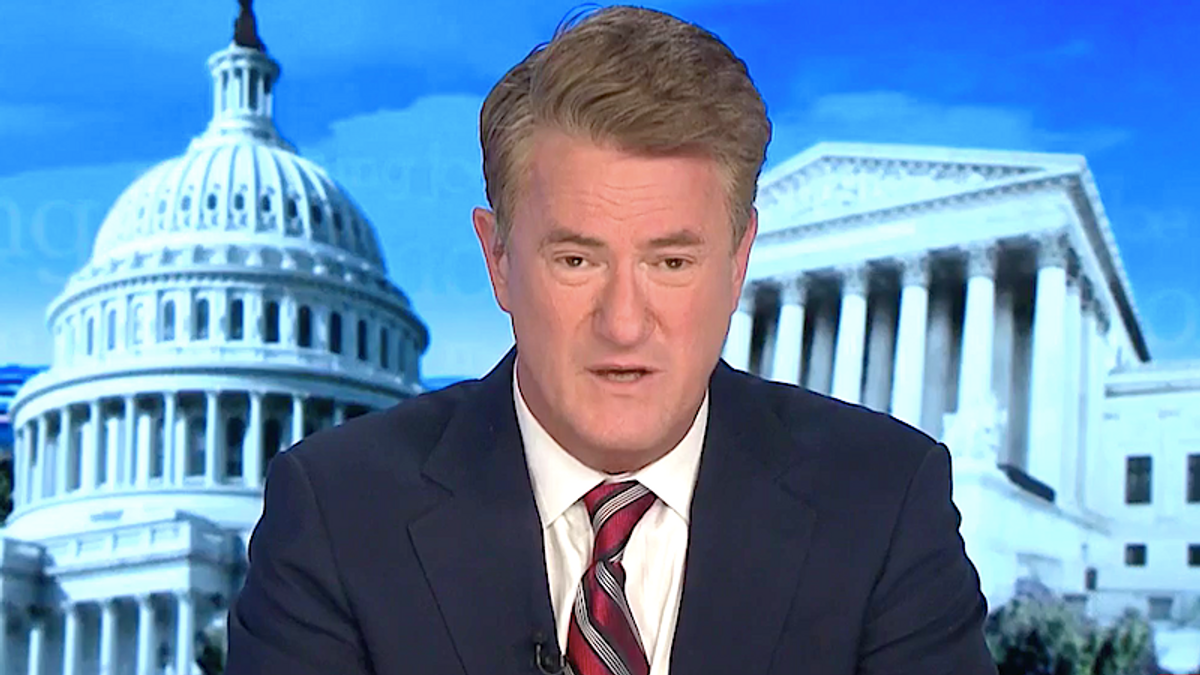 The "Morning Joe" host bashed social media companies for allowing the president to menace his enemies and corrupt his supporters, but he didn't let those Trump backers off the hook.

"Every media company, new media company that has pushed every tweet out to 60 million people, it's on all of us," he said. "It's on all of us, but it's especially on Facebook, Twitter, now Parler and all of those companies that allowed these conspiracy theories to spread, to spread like weeds, well, like a vicious cancer across the American political system, and my friends, and some of your friends, they believe the lies."

"They've put down their Bibles, right?" Scarborough added. "They don't read their Bibles anymore, they now read Facebook. They don't worship Jesus Christ anymore. You can tell by their actions. Jesus said judge a tree by its fruits. Look at those images, and they worship Donald Trump, and their Bible is now what they read in the conspiracy theories on Facebook and on Twitter. Everybody begged Facebook and Twitter for five years to control this man. They didn't do it. This is what happened. This is what happened, Mark Zuckerberg. This is what happened, Sheryl Sandberg. I hope your billions were worth it. Jack [Dorsey], I hope wherever you're crossing your legs and doing yoga and taking an ice bath or a mud bath, I hope it was worth it, because the blood of these Capitol Hill cops, these deaths are on Donald Trump. These deaths are on Josh Hawley. These deaths are on Ted Cruz. These deaths, that screaming, that pain, all of that is on you."