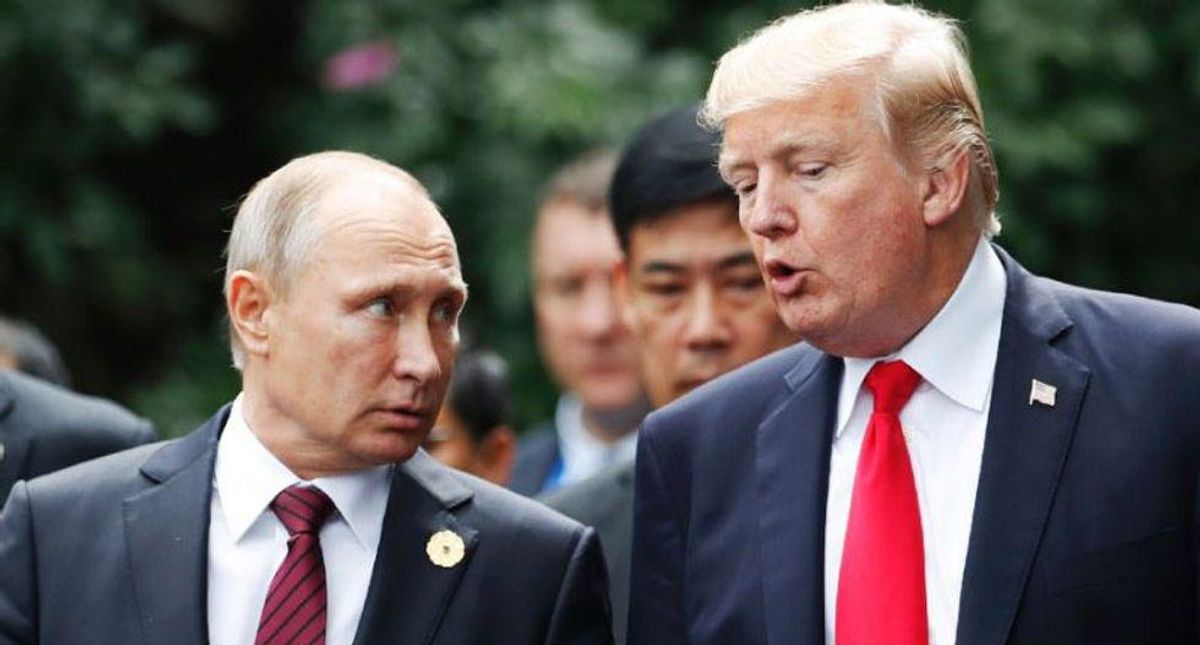 The Guardian obtained documents that experts believe came from a Jan. 22, 2016, meeting of Russia's national security council that refers to "certain events" that took place during Trump's "non-official visits to Russian Federation territory" in the years before entering politics.

So the @guardian is reporting that, according to Kremlin documents found to be genuine by Western intelligence agen… https://t.co/LHogyGER3r
— George Conway (@George Conway) 1626345022.0

BREAKING: New reporting from the Guardian reveals that Putin did indeed have compromising material on Trump from no… https://t.co/UKBmFevhDY
— TheSadTruth💙 (@TheSadTruth💙) 1626346739.0

Everything we had believed in the past 5 years about Putin manipulating US media & electoral processes to place a “… https://t.co/6lmimizLIk
— LarryGJr (@LarryGJr) 1626347425.0