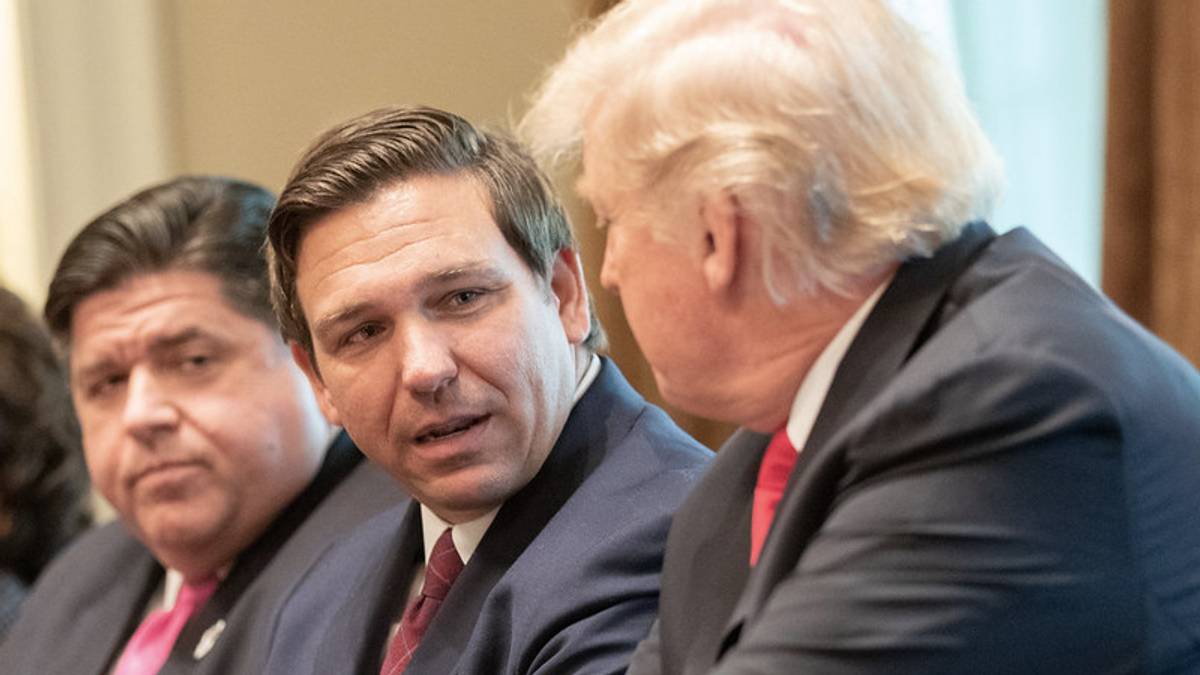 Weissmann explained that it isn't far off.

"So, this happens all the time in foreign countries where essentially you have people who are sort of imprisoned in a country," he said. "Here, Donald Trump would be imprisoned in Florida. If he went overseas, if he went to any other state, he would be subject to those laws, and so he would really have to stay in Florida. It certainly would be quite an interesting issue if he were to, for instance — this is way down the road — but if he tried to run again, he would not be inhabiting the White House in that situation because there would be papers seeking his extradition to New York."

Wallace noted that it is "unbelievably" and "would be funny if it didn't just reek of so much dirty business."

Another report Thursday revealed that New York prosecutors in the DA's office discovered that Trump signed checks that paid for the grandchildren of Allen Weisselberg to attend a prep school in New York. It was understood that it was part of Weisselberg's son's compensation package for running a skating rink for Trump. The fact that the case there has dived into Weisselberg's children and grandchildren made Trump biographer and Bloomberg columnist Tim O'Brien think that it is a "very advanced" financial fraud investigation.

"I think it includes tax fraud, accounting fraud and a number of other illegalities," said O'Brien. "You know, the compensating for tuition and not reporting it to the IRS, compensating for free apartments and not reporting it to the IRS, that's tax fraud and probably among the minor things that I think they could possibly get Trump for. And I think it shows -- you know, if there is an indictment of Donald Trump, they can serve those papers on him wherever he is. I think it will be -- you know, it is extraordinary that we're talking about extradition because Andrew can speak to that process more directly than I can. But I think they can get an indictment to him wherever he is and I don't think they're going to serve him with an indictment unless they believe they have a bulletproof case."

He said that he doesn't anticipate Manhattan District Attorney Cy Vance to go that far out on a limb with such a historic case without it being perfect.

"The fact that it's gone this far down the tree that they're shaking Weissberg family members is a very strong indicator of how hardcore they are about this," O'Brien continued. "I think if it gets to the point of an extradition, it means they are seeking to arrest him and he's resisting arrest and then it will become a carnival undoubtedly and tragic-comic as everything is surrounding Trump because I don't think he'll have any hesitation to try to encourage his supporters to surround Mar-a-Lago to keep the police at bay."

Most criminals try to figure out how to give themselves up without being seen in public, he said, in Trump's case, he would likely do the opposite. He also doesn't think anyone would cover for Trump because he's hated so much in Manhattan, Palm Beach and Bedminster.

Wallace, however, said that after seeing how willing DeSantis was to overlook the health and wellness of his own state, she wouldn't be shocked to see him protect Trump over the law.

Mueller prosecutor explains how Ron DeSantis could save Trump from prosecutors www.youtube.com