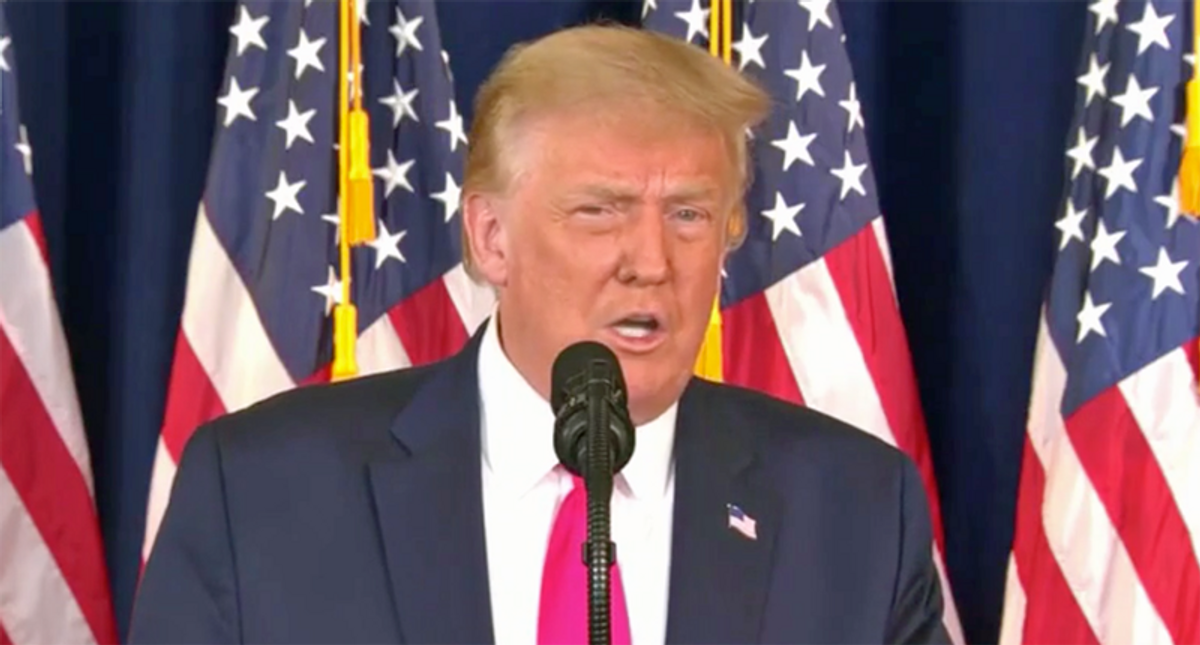 Republican lawmakers are fearful that former president Donald Trump "settling scores" in their primary elections could cost them a chance to retake the House majority.

The former president is itching to exact revenge against the 10 House Republicans who voted to impeach him for an unprecedented second time, and two GOP sources said Rep. Tom Emmer (R-MN), the head of the National Republican Congressional Committee, has been calling those members to offer his assurance of support, reported Politico.

"That's not going to be helpful," Emmer said of Trump's attacks on incumbents. "It's probably better for us that we keep these people."

Others, such as Rep. Liz Cheney (R-WY) and Rep. Tom Rice (R-SC), represent deep-red districts that would almost certainly elect any Republican candidate.

"We don't need anything that exacerbates divisions," said Rep. Tom Cole (R-OK). "We ought to be united and be focused on retaking the majority, and I think settling scores gets in the way of that."

House Minority Leader Kevin McCarthy (R-CA) must balance his priority of winning back the majority with remaining on Trump's good side, because he believes the former president can help boost fundraising and voter turnout in the midterm elections, but GOP donors don't want him singling out vulnerable incumbents.

"President Trump can play in any open seat he wants, that's fine," said Sarah Chamberlain, head of the Republican Main Street Partnership. "But to challenge the Main Street members, frankly, and have them lose a primary with the majority on the line — Emmer's absolutely right. I don't know if whoever beats them in a primary can win a general."

Some Republicans have urged Trump to hold his fire against incumbents, but his most vocal congressional allies are happy to stand aside while he attacks their colleagues.

"This is America, he can get involved in whatever he wants," said Rep. Jim Jordan (R-OH). "Ultimately, it's up to the voters in the district, but I'm fine with Trump being involved."