'Just part of the grift': Trump's hostile takeover of the GOP looks like yet another scam 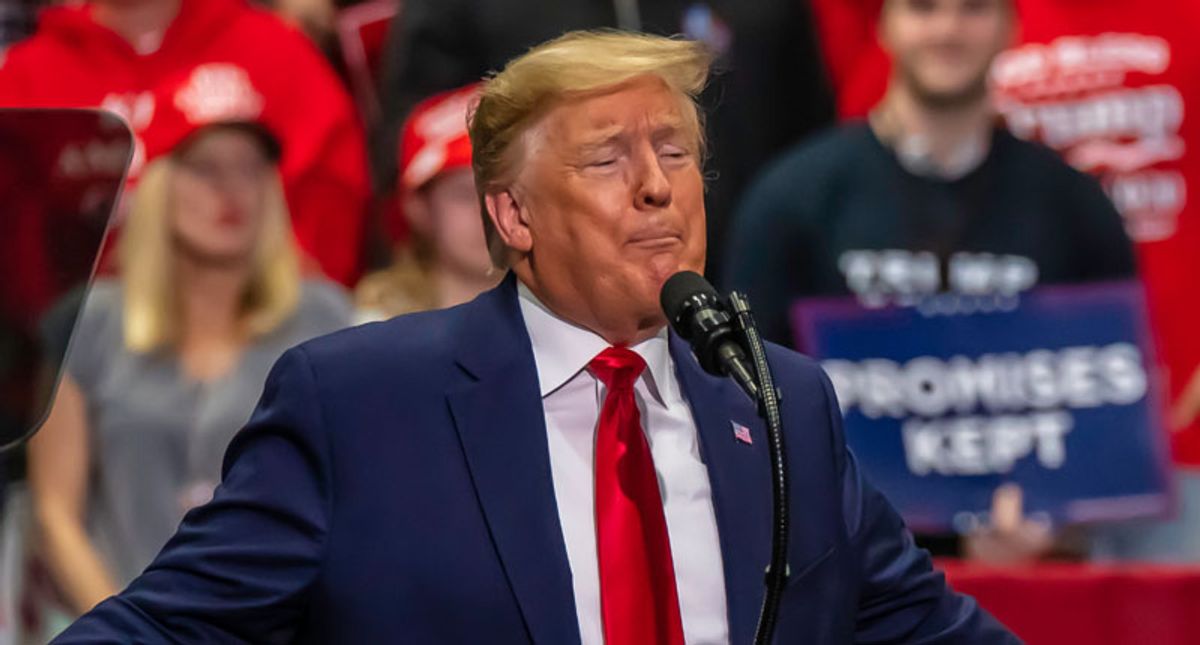 Donald Trump isn't starting his own political party, but he's attempting a hostile takeover of the Republican Party that enabled and abetted him.

The twice-impeached one-term president is setting himself up as the donation base for the GOP, rather than the party itself, so he can favor loyalists and target enemies in next year's midterms, reported Vox.

"No money for RINOS," Trump said in a tweet-like statement issued earlier this week. "They do nothing but hurt the Republican Party and our great voting base — they will never lead us to greatness. Send your donation to Save America PAC at DonaldJTrump.com. We will bring it all back stronger than ever before!"

Trump had previously tried to center himself as the financial kingmaker in the GOP during his Feb. 28 speech at CPAC, where he urged his supporters to route their donations through his Save America PAC or donaldjtrump.com rather than the party or its entities -- which raises some ethical alarm bells.

"If you're going to direct a lot of money from a political committee to yourself, this is the way to do it," Jordan Libowitz, communications director for Citizens for Responsibility and Ethics in Washington (CREW), told Vox. "This is essentially the story of the scorpion and the frog, except it's the grifter and the political party, so I think it was a little naive to ever believe he'd become a team player when there were tens, if not hundreds, of millions of dollars on the table."

Trump vows to punish the Republicans who voted against him during the last impeachment saga, but Libowitz said that leadership PACs have "very few restrictions" on expenditures, so he expects the former president will pocket much of it.

"[I expect] to see a lot of this money going to Trump companies," he said, "and I have to imagine it's just part of the grift."

Trump could rent his own plane from himself and pay himself around the country under the loose rules for travel expenditures, Libowitz said, and he could pay his children and other family members large salaries to act as consultants, but there's no certainty any of that money will flow into GOP political races.

"I think the question is: Is he the kind of guy who has 100 million dollars in the bank and then will spend it to help others who couldn't necessarily turn around and help him, or is he the kind of guy who will find a way to direct that money back to him and his closest allies?" Libowitz said. "Traditionally, Trump is the latter."