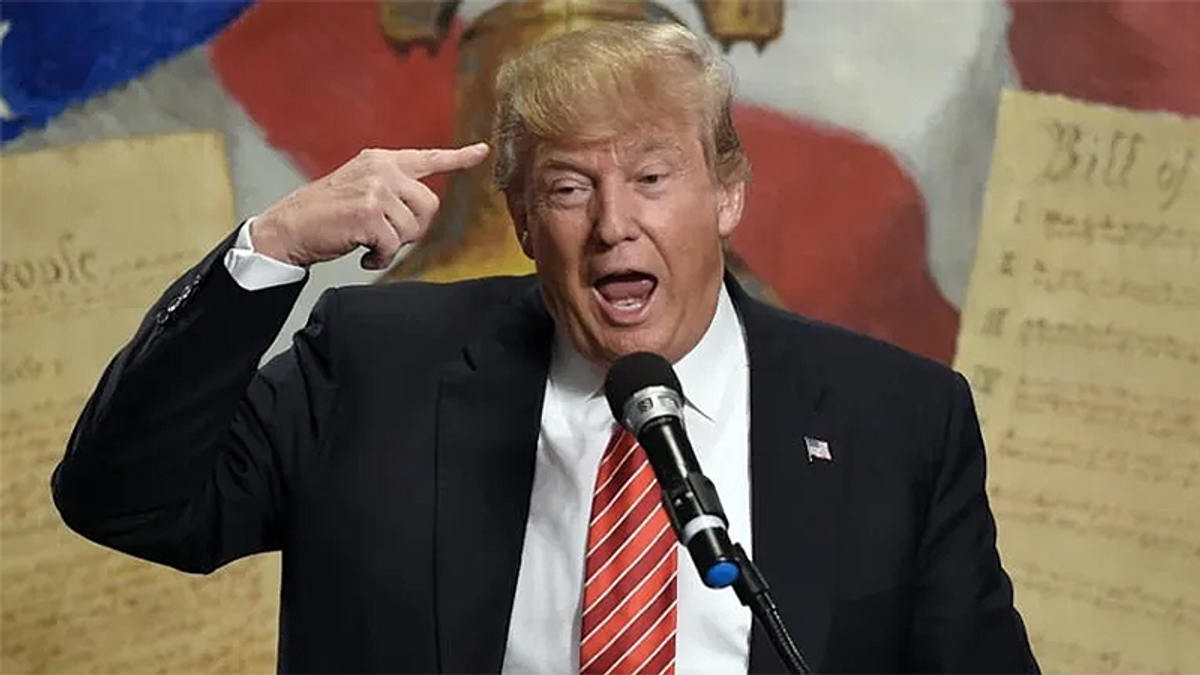 Donald Trump claims to be a "very stable genius" (AFP Photo/Timothy A. Clary)

Longtime followers of Trump will notice he has certain go-to excuses for avoiding accountability that he is most likely to employ if asked to testify.

With that in mind, here are the top 3 excuses Trump will probably give for why he won't testify on the committee.

Republicans are already saying that the special select committee isn't a legitimate committee because House Minority Leader Kevin McCarthy (R-CA) refused to allow members to be on it after Pelosi wouldn't allow Reps. Jim Jordan (R-OH) and Jim Banks (R-IN) to serve. It is a bipartisan committee, much to the chagrin of McCarthy, as GOP. Reps. Liz Cheney (R-WY) and Adam Kinzinger (R-IL) are participating in the committee and have pledged to ensure its bipartisan nature.

The only option that Republicans now have is to demonize Cheney and Kinzinger as not "true" Republicans or as "traitors." Rep. Matt Rosendale (R-MT) came very close to using that word, but instead claimed the two GOP members were "blinded by ambition." Cheney has already lost her post as the top third Republican in the House and Kinzinger is risking his House seat.

During Trump's second impeachment trial, his lawyers argued that it wasn't a legitimate trial because it was "unconstitutional" because Trump had already left office by the time the trial began.

2. He will claim that subpoenaing Trump is just a public relations stunt

One thing Trump's lawyers said during the second impeachment trial and investigations was that Trump would never testify because subpoenaing him would be nothing more than a publicity stunt. The comments came after Trump complained that he wasn't allowed to defend himself.

"Presidents Gerald Ford and Bill Clinton both provided testimony while in office — and the Supreme Court held just last year that you were not immune from legal process while serving as president — so there is no doubt that you can testify in these proceedings," wrote Rep. Jamie Raskin (D-MD). "Indeed, whereas a sitting president might raise concerns about distraction from their official duties, that concern is obviously inapplicable here. We, therefore, anticipate your availability to testify."

The impeachment lawyers for Trump argued that he has a First Amendment right to say whatever he wants in a rally. Trump could also claim the Fifth Amendment right not to incriminate himself, though that would have to be done in person on the record.

3. Trump will claim executive privilege prevents him from testifying

While Trump's lawyers claimed that impeachment was unconstitutional because he was no longer president, they'll use the protection of the executive branch to hide him from being subpoenaed this time.

He tried to use this excuse on May 8, 2019, when he was asked to give a deposition to special counsel Robert Mueller for the Russia investigation. It became Trump's "first use of the secrecy powers as president," reported the New York Times.

It's unclear how far that argument will go given Trump appears to have already waved that privilege by speaking to several reporters for several books about him and his administration. It could also be argued that Trump's rally that day was a political one, not an official one from the president.

There are likely other things his lawyers could come up with as a reason for him to avoid testifying.

In 2016, Hillary Clinton testified before one of the GOP's select committees on Benghazi for over 11 hours. If he refuses to comply with a subpoena, Trump risks accusations that he isn't as strong as Clinton and is too weak to face officials on the panel.