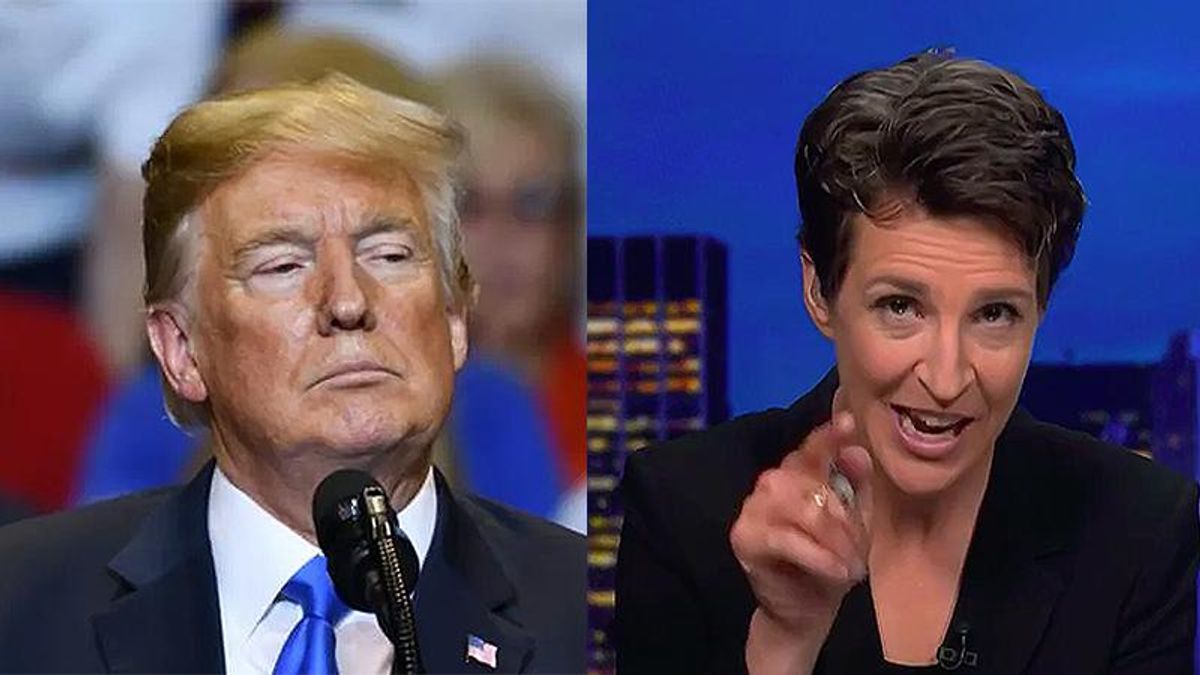 In a call-in interview with Fox News Wednesday, former President Donald Trump lamented that there weren't more "riots" and that if Democrats had been the ones who lost, there would have been a greater response.

"You would have had riots going all over the place if that happened to a Democrat. We don't have the same support at certain levels of the Republican system," said Trump.

"We don't have the same support," said Maddow quoting Trump. "There'd had been riots! But what the former president is doing there is essentially expressing his dissatisfaction there weren't more riots, in response to the results of the election. There weren't more angry people with lacrosse sticks, with Confederate flags taped to them, hitting police officers with those weapons. The election had been stolen from the democrats instead of stolen from him, well, their riots would have been way bigger."

The tape of Trump came after Maddow showed another recent arrest from the FBI of a Capitol attacker who brought a lacrosse stick and taped a Confederate flag to it. He ultimately attempted to beat a police officer with it.

Linguist and lawyer Paula Chertok said that she believes Trump's use of the word "riots" is a "thinly veiled dog whistle," to "conjure up images of Black people."