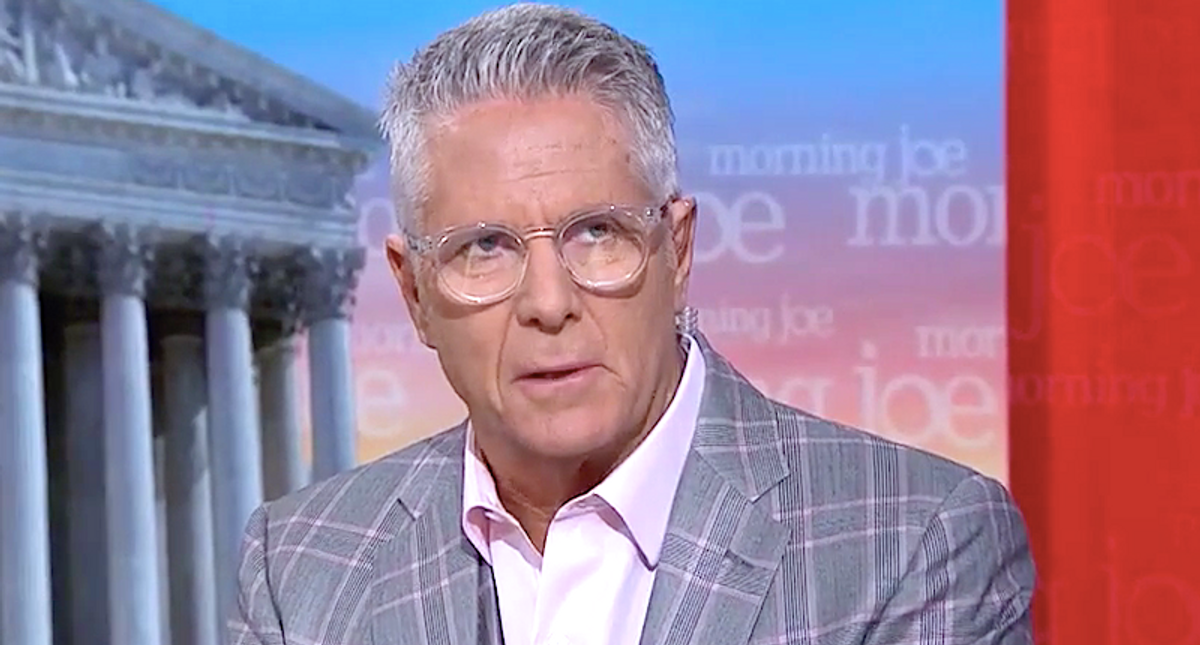 The "Morning Joe" regular predicted Trump would quickly lose his grip on the Republican Party once he leaves office next month, even if he continues to draw attention to himself on TV and social media.

"Look, Donald Trump's not going anywhere because he's a media critic, but enough," Deutsch said. "He's a lame duck. It's over, he lost. Like, we have to kind of -- kind of stop to say, like, it's an hour and 20 minutes into the show and [that] is the first time you mentioned -- that the name Joe Biden was mentioned. Enough with Donald Trump, he's done. He lost and we in the media have to be a bit disciplined and not continue to just cover this jerk every time there's this flatulence. I mean, enough already. He lost, it's done."

"We are guilty of keeping him front and center all the time," he added. "Why did he decide to do what he did about the [COVID-19 relief] bill? Who cares at this point? You're done, you lost, good-bye -- and we the media have to come to grips with that and be [like], great, he'll be a TV star and be doing what he's doing. But he's irrelevant in terms of running this country and making decisions and let's not forget to understand that."

Deutsch said the temptation to keep covering his outrageous behavior will be great, but he said it won't be necessary after Jan. 20.

"It's this weird drug that we're all attached to at this point," he said. "I'm just cheerleading, you know, basically saying like, hey, the wicked witch is dead. We don't have to guess what's in his head anymore. You're gone, buddy."