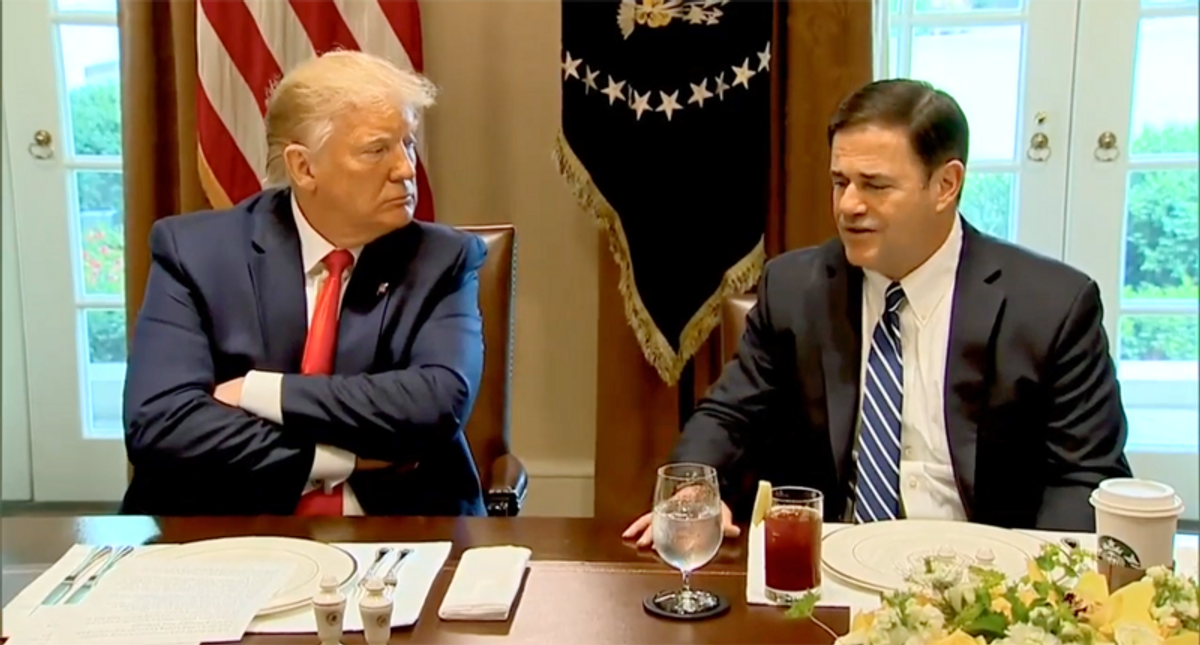 Donald Trump is still nursing a grudge against Arizona's Republican governor Doug Ducey for refusing to overturn his election loss in the state.

The twice-impeached one-term president remains furious that Ducey declined to throw out Democratic votes in Arizona, and Trump is so intent on wrecking the governor's political career that he has told associates he'd consider campaigning for a Democratic opponent, reported The Daily Beast.

Neither of the website's sources actually believe Trump would campaign for Sen. Mark Kelly (D-AZ) if Ducey decides to challenge him, but they said his offhand rantings show just how much the ex-president wants to ruin the Arizona governor's future prospects.

Ducey, a former CEO for ice cream chain Coldstone Creamery, is prohibited from seeking a third term, and he has denied rumors that he's seeking to challenge Kelly in the midterm elections.

Sources say the ex-president has focused on Ducey, a strong supporter before the election, and other GOP elected officials who were "shockingly of zero help" after his election -- which he lost in Arizona by fewer than 11,000 votes.

The Arizona Republican Party formally censured Ducey in January over his failure to overturn Trump's loss, and they also reprimanded former Sen. Jeff Flake and Cindy McCain for defending the results as fair and accurate.