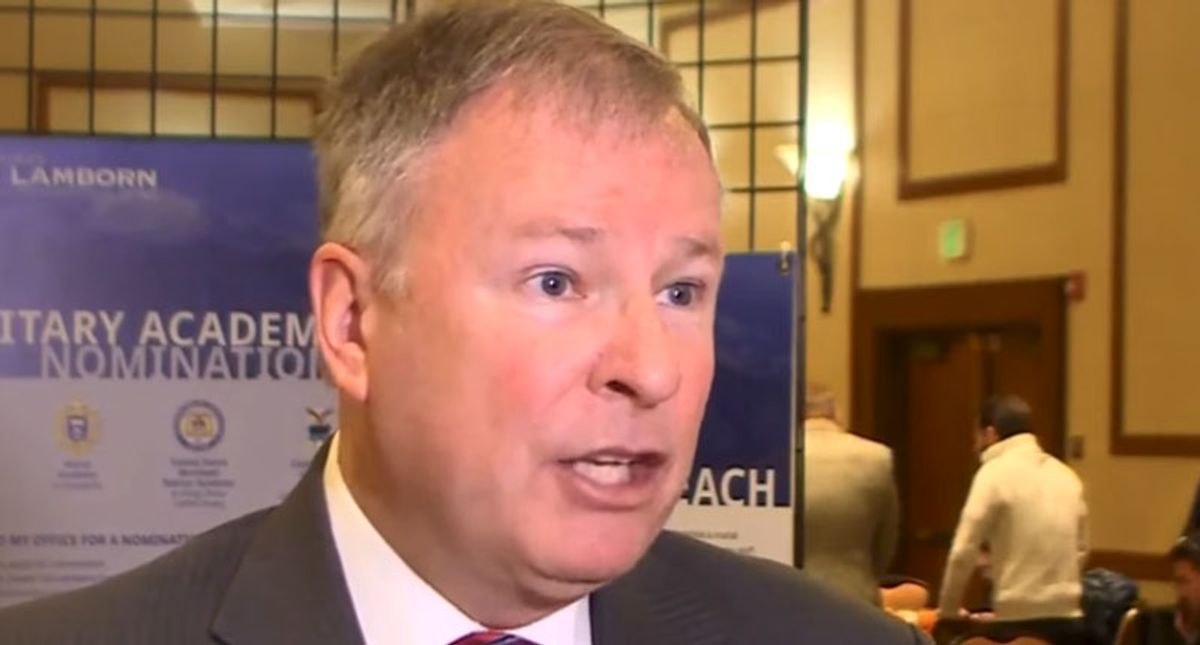 Picture a member of congress and what do you see? He's a guy (those in question are usually still men, despite Marjorie Taylor Greene) with an ego the size of the Capitol dome itself, but a strangely fragile and insecure one. He'd run down his grandmother to get his mug on camera and tell the world his profound thoughts, but in private he can be strangely hollow and ignorant when the occasion doesn't call for prefabricated talking points. Imagine Ted Knight without the lovable charm.

That is a caricature, to be sure, but one that in many cases has become uncomfortably close to reality. The cause is not hard to find. For decades, large swathes of the American public have chosen to regard politics as a dirty business, and those who engage in it as scoundrels or buffoons. In so doing, they devalue the institutions that shape the civil society in which they live.

To some degree, this contempt has always been present in American political culture, but it took off in 1981 when Ronald Reagan declared that government is not the solution to our problems; government is the problem. Since then, like a chorus of parrots, practically every Republican office holder has squawked this meme in unison. Eventually it became something of a self-fulfilling prophecy, as a glance at today's GOP will reveal.

Consider the case of Doug Lamborn (R-Colo.), who is now subject to a lawsuit from a former staffer. The suit claims that the staffer and other office colleagues were "recklessly" infected with coronavirus by the COVID-positive Lamborn, who lied to the House physician about his contact with staff and others. Further, he coerced the staffers not to discuss with anyone their contact with COVID-positive persons. The suit further alleges that the staffer was fired for objecting to all this.

If that weren't enough, the suit also states that Lamborn's son lived rent-free in the basement of the Capitol. Another fascinating revelation is that the congressman uses his staff members as gofers to do personal errands like moving furniture to his vacation home and requiring his employees to help his little Johnny fill in federal employment applications and answer job interview questions. Lamborn appears to view our national Capitol like a Holiday Inn: "Kids stay free!"

Behold the Congressman from Hell: not only a petty tyrant and socially dangerous misanthrope, but a chiseler and hypocrite to boot. By his lights, the federal government is evil, but when it comes to getting your kid on the gravy train, all those rock-ribbed principles about limited government go out the window. In truth, I encountered numerous Republicans during my career in Washington who railed against the federal government and devoted all the ingenuity of Hades to cutting federal benefits, but whose entire adult life was spent on the federal dime.

Lamborn is not the only Republican to endanger his staff and others. Louie Gohmert (R-Texas), a charter member of the Congressional Knucklehead Caucus), reportedly "berated" staff members for wearing mask.

Another revealing twist in the Doug Lamborn saga is that while lying to the attending physician, he also omitted mentioning that he slept in his congressional office. The practice of bunking in one's office is exactly what Rep. Jackie Speier (D-Calif.) warned about last year when she complained the practice risked spreading coronavirus to employees and janitorial staff.

There is another aspect to this beyond the potential of spreading disease. Fifty years ago, the notion of members sleeping in their offices was unheard of. The first time it came to my attention was in the 1980s, when a then-obscure flat-tax zealot named Dick Armey started the practice. He was widely considered a kook for doing it. Now it is all the rage, with upwards of 100 members so engaged, most of them Republicans, including House minority leader Kevin McCarthy.

They typically plead poverty. So do millions of American renters who have faced eviction during the pandemic. But the very Republicans who have no problem with the unauthorized mooching of government space for a free overnight have been very hard-line about denying rental assistance or an eviction moratorium in the various COVID relief bills. Apparently, poverty bites much harder at the $174,000 a year level, the current congressional salary, than it does for an Uber driver or waitress.

There's also the undeniable "Ick!" factor in play. House janitors, many of them women, are obliged to clean the offices late at night, potentially seeing the occupant in various stages of dishabille. As Rep. Speier notes, "During the height of the 'Me Too' movement in the House, there were stories about members in their pajamas talking to staff. It's abnormal to do that."

Beyond that, how mentally healthy is it habitually to sleep in the same cramped office you just spent ten or twelve hours in? Is living like a 22-year-old tech start-up entrepreneur a good look for people whose average age is 58?

Then there are the legal issues. What Lamborn, McCarthy, and the rest of them are doing is misappropriating federal office space for private residential purposes. At the very least, the rent they do not pay should be imputed as income on their federal taxes.

Why even bother to bring up such seemingly trivial matters when there are far bigger issues affecting the country? Simply put, the people I have described are deciding on those issues. Politicians like Lamborn or Gohmert or way too many others I have seen over the years, lack the judgment or ethics to make the proper choices. If we are facing major surgery, we certainly will try to get a specialist, if possible. Even when hiring a plumber, we'd probably read the online reviews. Yet millions of Americans vote out of ignorance or blind partisan loyalty.

The tyrannizing of staffers is another factor that gets too little attention. Many Americans write off congressional staff as hacks or drones and figure that, since they signed up for it, they deserve whatever they get. As constitutional officers, all members of Congress have wide latitude to run their offices as they see fit, and Congress as an institution has been reluctant to intervene. The Congressional Accountability Act (under which the ex-staffer of Lamborn filed the suit) was an attempt at some mitigation of workplace harassment, but it remains mostly toothless.

This issue matters: since the Newt Gingrich speakership, congressional staff has been progressively de-professionalized. House committee staff, where most of the legislative work gets done, has grown smaller in total personnel, even while those same committees load up on additional press secretaries. This means fewer legislative experts and more people like Sean Spicer and Stephen Miller—who, before their illustrious stints with Donald Trump, were congressional press secretaries.

What self-respecting professional would willingly subject himself to humiliating or even dangerous antics on the part of their employer? Increasingly, only young zealots, caught up in the holy crusade of "the movement," would want to work for some bellowing imbecile like Matt Gaetz or Jim Jordan. And even the zealots usually burn out after a few years and leave.

The moral of the story? If these congressmen run their little office fiefdoms like incompetent and half-insane despots, is it any wonder that American politics writ large is broken? And what do you think it would be like if they had unfettered control of the country?

Perhaps the most depressing conclusion is to concede the possibility that these congressmen from hell just might be an accurate reflection of the people who elect them.

Mike Lofgren is a former congressional staff member who served on both the House and Senate budget committees. His books include: "The Deep State: The Fall of the Constitution and the Rise of a Shadow Government" (2016) and "The Party is Over: How Republicans Went Crazy, Democrats Became Useless, and the Middle Class Got Shafted" (2013).