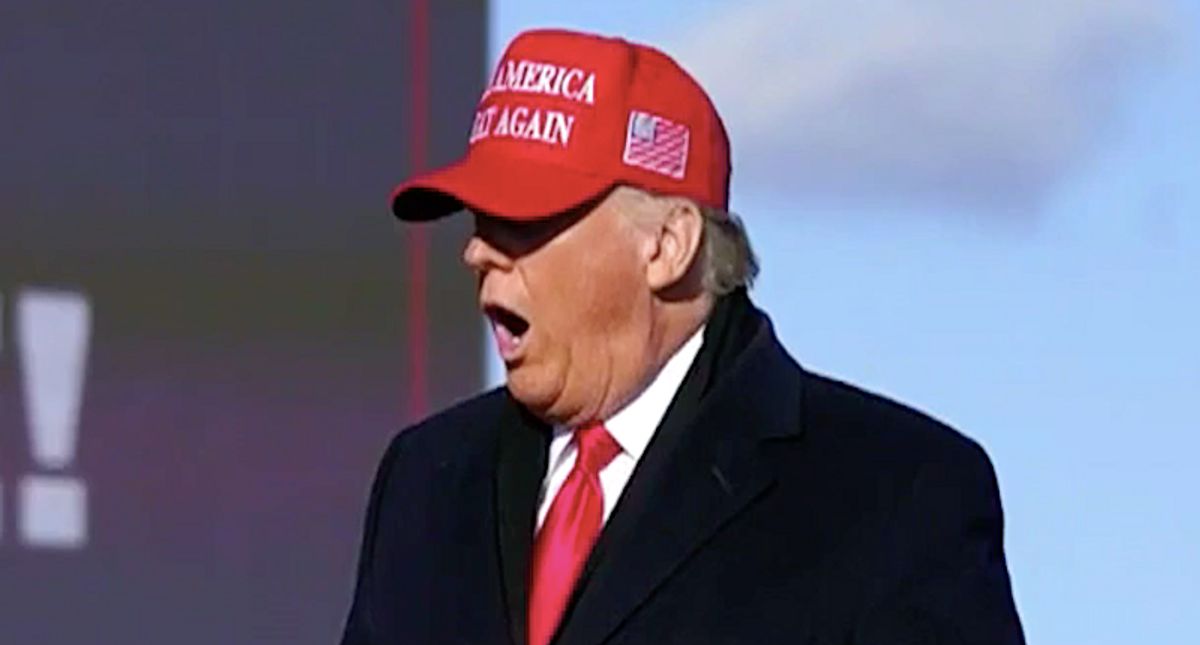 A Georgia State Election Board member sent an email to Secretary of State Brad Raffensperger thanking him for his continued dedication to democracy. He also asked that an investigation be opened on President Donald Trump for attempting to extort the Georgia official.

On Saturday, Trump called Raffensperger for what has been described by legal analysts as a "shakedown" demanding that Raffensperger "find" 11,780 votes so that he can flip Georgia to a red state. Even if Georgia had gone for Trump, he still wouldn't have the electoral votes to win the election.

"To say that I am troubled by President Trump's attempt to manipulate the votes of Georgians would be an understatement," wrote David Worley in an email. "I commend you and Ryan Germany for sticking to the state's position and the plain facts despite the President's repeated attempts to pressure you into somehow changing the certified votes. It appears that you did so even in the face of threatened criminal action."

He continued: "Our job as members of the State Election Board is to enforce the Georgia Election Code. Among our responsibilities is to determine whether probable cause exists to refer potential civil and criminal violations of the Code to the Georgia Attorney General and local District Attorneys. Without prejudging the matter and the opportunity of any party to present additional facts to the Board, it appears from a reading of the transcript of your call with the President that probable cause may exist to find violations of the Code, particularly O.C.G.A. § 21-2-603 and 604."

He explained that since he has not yet received a formal complaint about the incident, he's writing to request an investigation into the call "and others to determine whether violations of the provisions of the Official Code of Georgia Annotated which prohibit solicitation to commit election fraud have occurred."

Read the full message to Raffensperger below:

(Correction: A previous version of this story incorrectly identified David Worley as a Democratic elector.)