'It's too much': Election workers are still getting swamped with threats from Sharpie-obsessed Trump fans 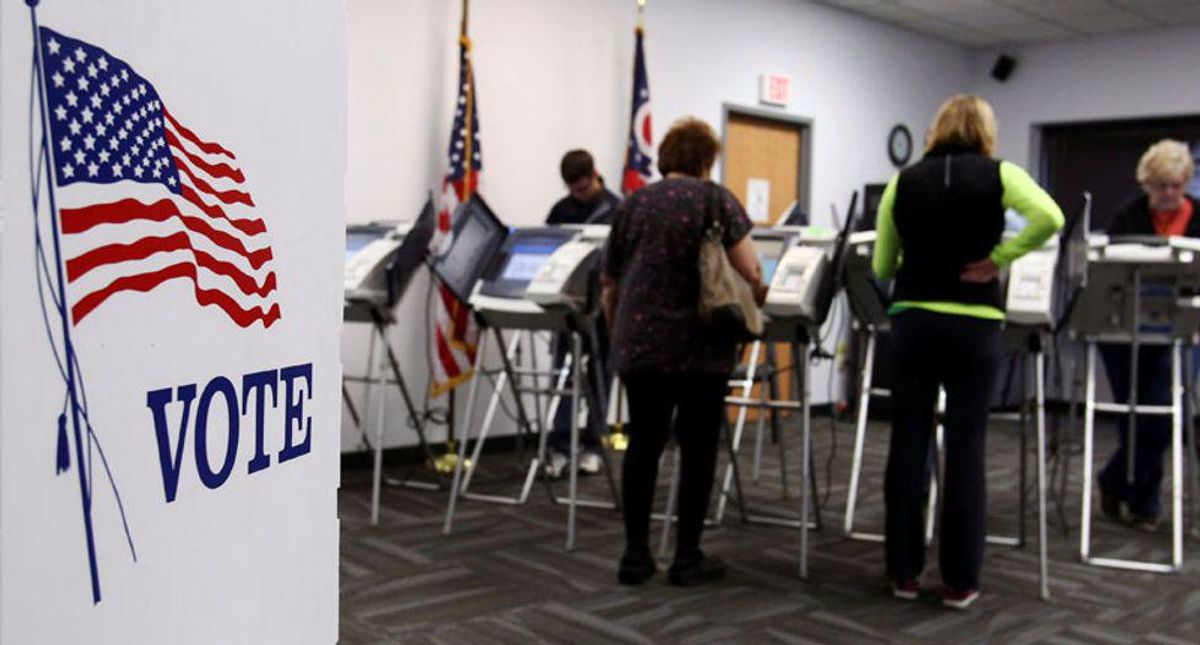 Ohio voters cast their votes at the polls for early voting in the 2012 U.S. presidential election in Medina, Ohio, United States on October 26, 2012. To match Insight USA-(VOTINGRIGHTS/OHIO REUTERS/Aaron Josefczyk/Files)

Another casualty of President Donald Trump's election conspiracy theories is the safety and security of county clerks who run elections around the country, the Washington Post explained Wednesday.

"It used to be fun to be an election clerk, but it isn't anymore," said Michael Siegrist, clerk of Canton Township in Michigan.

He and fellow county clerk Jennifer Kelly, in Houghton County, are documenting everything. They're recording serial numbers of machines, documenting unbroken seals on tabulators and writing down that no one has tampered with the equipment. But even the extra lengths the clerks are going to likely won't satisfy conspiracy theories that the elections are all "rigged."

Siegrist tells the Post that Trump supporters are particularly obsessed with the false conspiracy theory that ballots marked with sharpie markers were tossed into the trash.

"The complaints, the threats, the abuse, the magnitude of the pressure — it's too much,'' said clerk Susan Nash of the Michigan city of Livonia. It has been nine months and she's still facing a deluge of questions about the integrity of the 2020 election.

The Post explained that the attacks coming from Trump and his supporters are taking their toll on public servants.

"Officials from counties large and small say they are inundated with false claims, such as unsubstantiated allegations that Chinese hackers siphoned votes or that ballots marked by Sharpie pens were disqualified," said the report. "The anger is palpable and personal, leading many to fear for their own safety.'

Last week, someone sent orange prison jumpsuits to the Maricopa County Board of Supervisors because they dared to speak out against the Trump-backed "audit."