Dr. Deborah Birx says she's retiring one month before Trump will be booted out of the White House 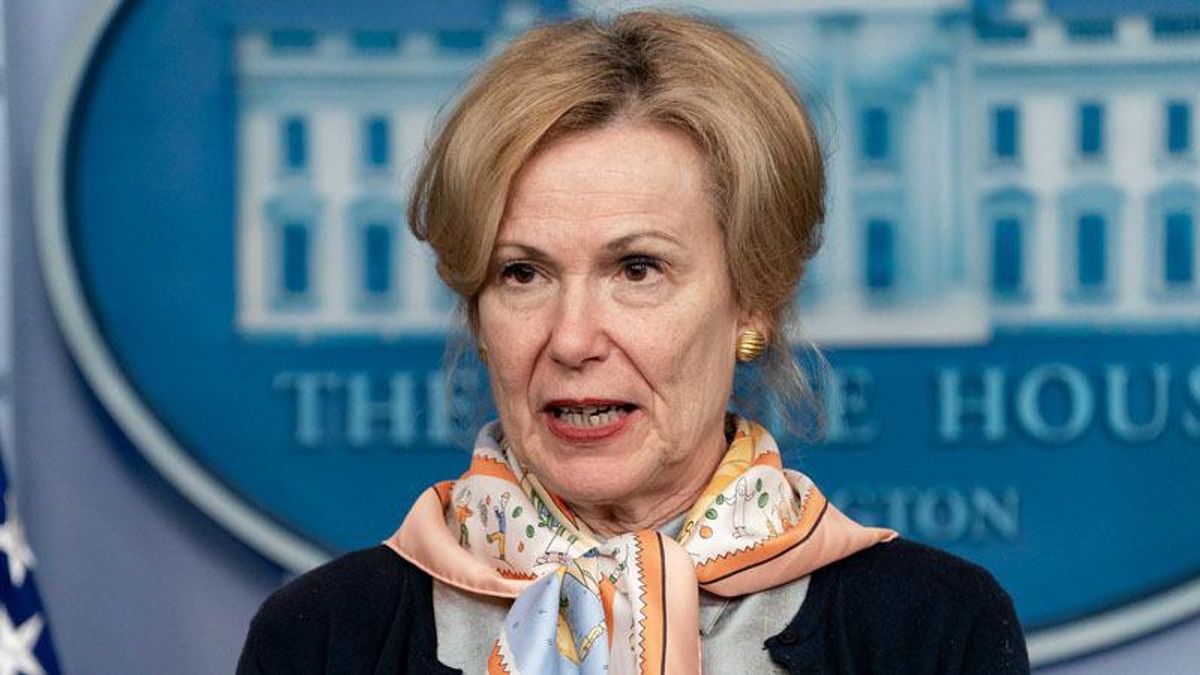 Dr. Deborah Birx, one of the most visible public faces of the Trump White House's COVID-19 response, announced this week that she will be retiring less than a month before President Donald Trump is set to leave.

The Associated Press reports that Birx has vowed to help President-elect Joe Biden's transition team with whatever they need before she goes.

Earlier this fall, CNN reported that Birx was considering resigning from her position as White House coordinator of the coronavirus task force because she was "distressed" at the direction the White House's response to the pandemic was taking.

Birx was reportedly particularly upset at Trump's embrace of Dr. Scott Atlas, who has pushed for a strategy of "herd immunity" for the virus that experts say could leave millions of Americans dead.