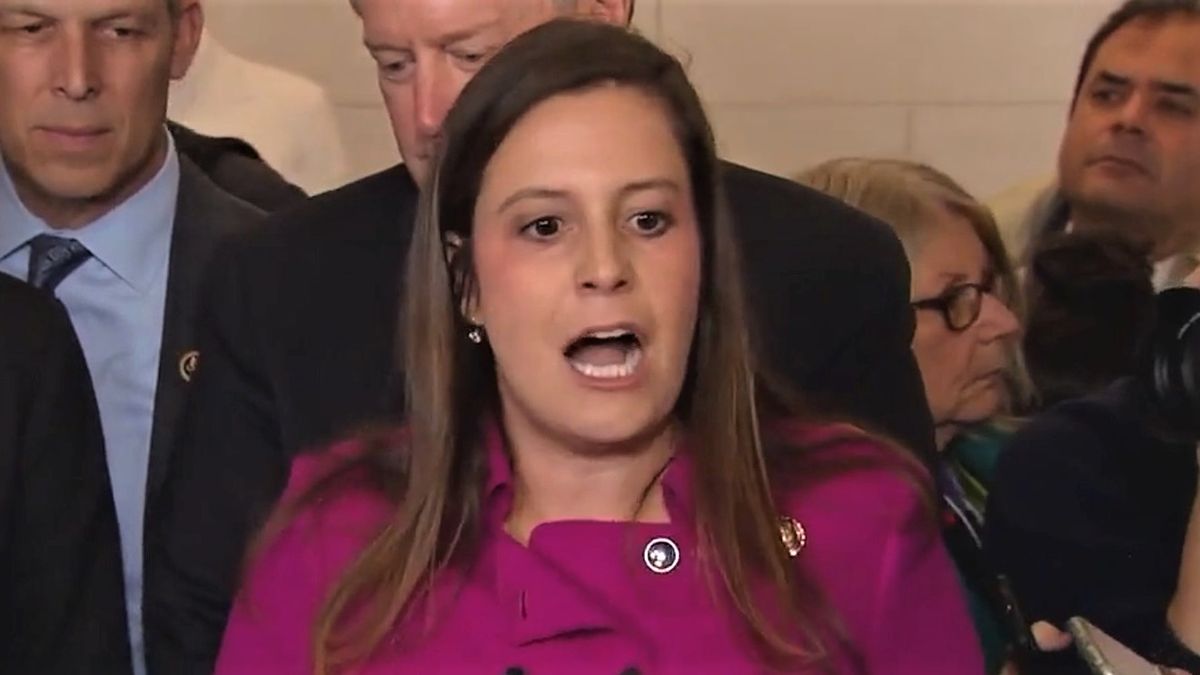 On Thursday, CNN analyst John Avlon tore into the GOP for moving to elevate Rep. Elise Stefanik (R-NY) in place of Rep. Liz Cheney (R-WY) — which he framed as the ultimate triumph of personality cultism over actual conservative principles.

"The divisions inside the Republican Party used to be about ideology," said Avlon. "That's not what's at work here, because Liz Cheney is far more conservative than Elise Stefanik by every policy measure. Cheney voted with Trump almost 93 percent of the time; Stefanik, around 78. Cheney has a 78 percent rating from the American Conservative Union, while Stefanik is just under 44 percent. And they fired off a tweet saying Stefanik has the fourth worst fiscal conservative record among House Republicans. So this isn't about ideology. It's about a cult of personality in a party consumed by fear, and it can cause opportunistic people to shed their principles like a snake's old skin."

"When it came time to vote to overturn the election after the attack on the Capitol, Stefanik was a willing soldier in the Sedition Caucus," said Avlon. "Another Ivy League populist who attacks democracy and then complains when she's called out. Now she sees an opportunity to ride the big lie to more power. Her re-election slogan might as well be 'liars prosper.'"

He continued: "Liz Cheney has chosen a different path, writing, 'History is watching. Our children are watching. We must be brave enough to defend the basic principles that underpin and protect our freedom and democratic process. I'm committed to doing that, no matter what the short-term political consequences might be.' That's a declaration of conscience for our times. A reminder that our political differences don't matter much compared to whether we defend the truth and democracy itself."