'Dumber than an amoeba': Former Trump FDA official schooled for saying her vaccine refusal hurts no one 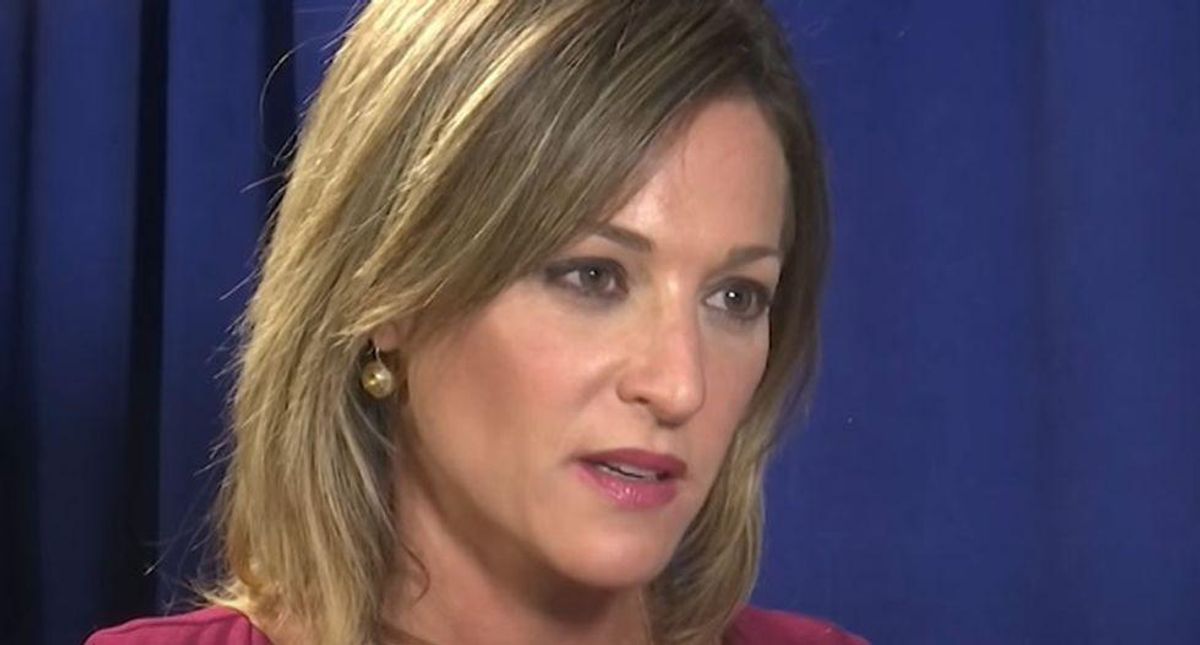 Emily Miller, a former spokeswoman for the Food and Drug Administration who was fired last summer after less than two weeks on the job, earned a great deal of scorn on Monday when she claimed that her refusal to get vaccinated wasn't harming anyone else.

Writing on Twitter, Miller claimed that "my decision not to get vaccinated does not affect anyone else's health" and then attack people whom she described as the "scared vaccinated" for "dividing our communities and the country."

But as even longtime GOP pollster Frank Luntz pointed out, getting vaccinated makes it far less likely that people will spread the disease to people who at the moment cannot get vaccinated, including children under the age of 12.

Miller responded nonsensically to Luntz's argument by replying that "the Scared Vaccinated often claim to be helping the immunocompromised, who supposedly can't get the vaccine... but the medical community has not stopped anyone from getting the vaccine, so it's a red herring."

In reality, immunocompromised people who get vaccinated will not have the same protection that other vaccinated people do, which is why it's crucial to get as many people vaccinated as possible to build up a collective defense against the virus.

Miller's very bad medical advice got promptly torn to pieces by her followers -- check out some reactions below.

One of the dumbest things I’ve seen on this app today. You can say it’s your choice. You cannot say your choice doe… https://t.co/lOWYJQeNvU
— Patrick Sheldon (@Patrick Sheldon) 1628536709.0

It’s just gobsmacking how many people ignore the fact that the coronavirus incubates in, and is spread by *humans.*… https://t.co/uE1VrB99JP
— Chris Espinosa (@Chris Espinosa) 1628533335.0

As a reminder, Miller, who has no prior experience in science, lost her job as an FDA spokesperson after 11 days.… https://t.co/6ZWOXK2tkz
— Chelsea Cirruzzo (@Chelsea Cirruzzo) 1628533052.0

This person was (very briefly) the FDA's spokesperson a year ago. (Also, her statement is incorrect) https://t.co/HWKIrBrEc1
— Drew Armstrong (@Drew Armstrong) 1628531639.0