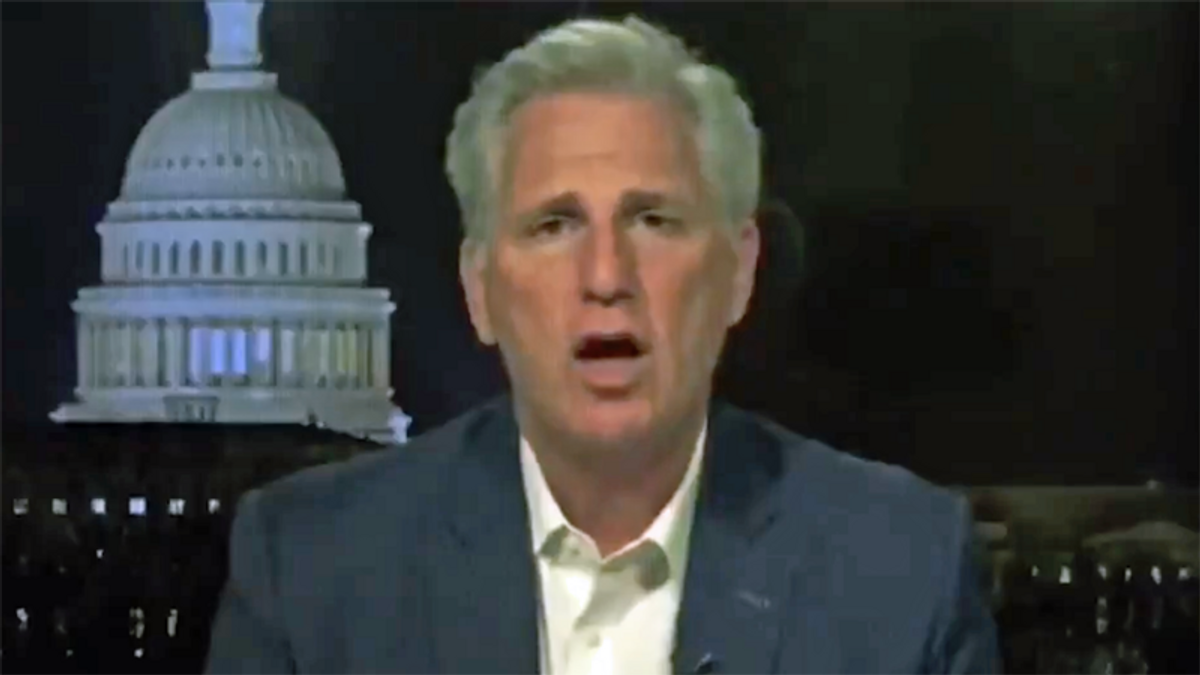 House Minority Leader Kevin McCarthy (R-CA) officially called for another vote to oust Rep. Liz Cheney (R-WY) after 145 Republicans voted to keep her after she voted for Donald Trump's impeachment.

The vote in the GOP caucus was expected this week, but McCarthy made it official in a new letter. Ironically, however, McCarthy also claimed that members of his caucus "embrace free thought and debate," the antithesis of ousting Cheney for her opinions on Trump.

"We are a big tent party. We represent Americans of all backgrounds and continue to grow our movement by the day," McCarthy went on, ignoring the numbers that refute the claim.

Since Trump lost the election any Republican who speaks out against his lies is censured by their state parties.

Cheney essentially said the same thing that McCarthy did in January after the deadly Capitol riot, that Trump "bears responsibility."

"He should have immediately denounced the mob when he saw what was unfolding. These facts require immediate action by President Trump," McCarthy also said at the time.

Cheney joined nine other Republicans in what was the most bipartisan impeachment vote in history.

"[E]ach day spent relitigating the past is one day less we have to seize the future," McCarthy also said. It flies in the face of the Arizona Republican Party working to "audit" the 2020 election and Trump's claims that he actually won.

See the letter posted by Punchbowl's Jake Sherman below: