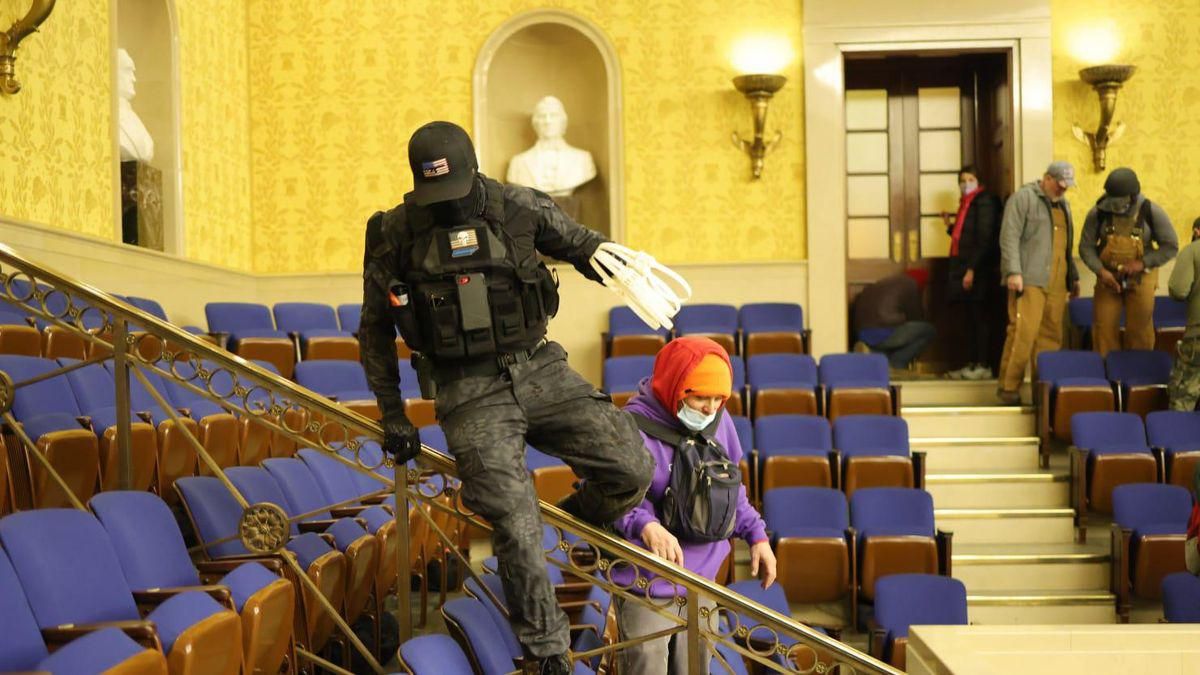 The "zip-tie guy" and his mother will be released from jail while they await trial on charges in the Capitol insurrection.

A federal appeals court had ordered the lower court to examine the case again, and Lamberth's order reinstates a Nashville magistrate's release conditions imposed in January, including home detention and electronic monitoring.

"That Munchel and Eisenhart assaulted no one on January 6; that they did not enter the Capitol by force; and that they vandalized no property are all factors that weigh against a finding that either pose a threat of 'using force to promote [their] political ends,'" wrote D.C. Circuit Judge Judith Rogers.

Munchel, a former bartender, was photographed in the Senate gallery wearing camouflage and holding flex cuffs that are used as restraints.

He and his mother, who is from Woodstock, Georgia, were seen on video entering the Capitol through an open door past police officers, who did not attempt to stop them, and the appeals court ruled that evidence showed they did not pose a violent threat.

"They searched for no Members of Congress, and they harassed no police officers," wrote Judge Gregory Katsas. "They found plastic handcuffs by chance, but never threatened to use them. Munchel's threat to 'break' anyone who vandalized the Capitol was intended to prevent destruction."

The appeals court ruled 2-1 that the mother-son duo posed less of a threat than defendants who allegedly conspired to break into the building and took actions outside the Capitol to break down barricades, doors and windows.