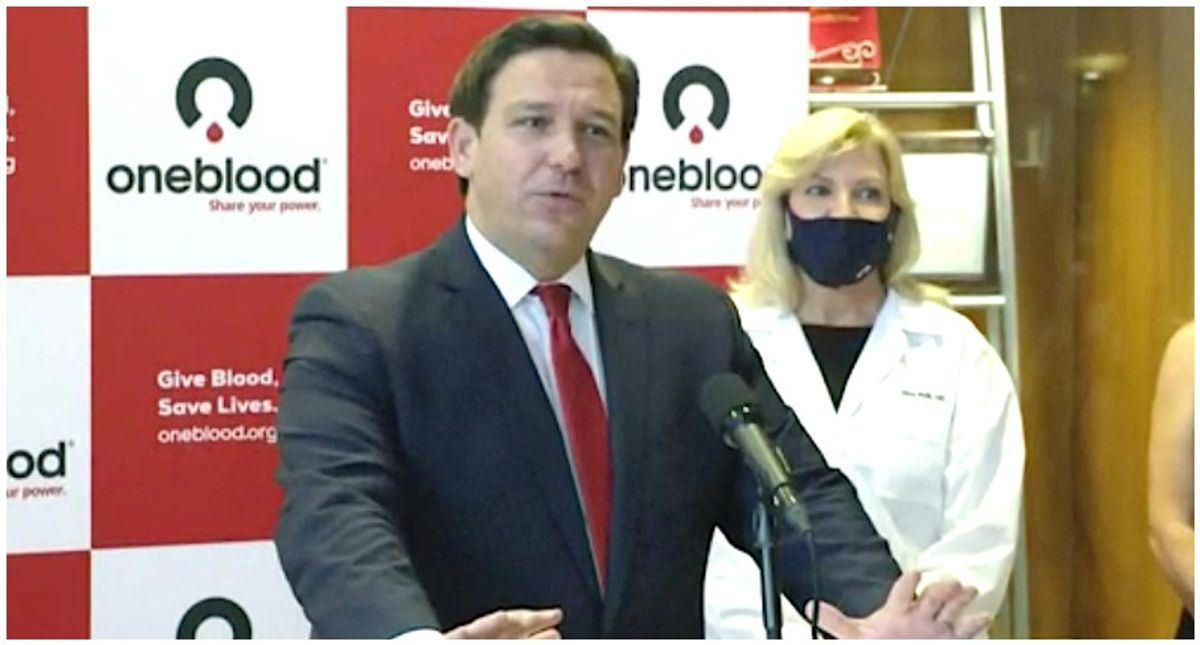 On Tuesday, Reuters editor Corinne Perkins started a thread on social media dedicated to memorializing those who died of COVID-19, in pictures.

For some reason, however, this appeared to aggravate Fred Piccolo, Jr., the communications director for Gov. Ron DeSantis (R-FL) — who lashed out at her, tweeting, "I'm wondering since 99%. Of Covid patients survive shouldn't you have 99 photos of survivors for every one fatality? Otherwise, you're just trying to create a narrative that is not reality."

DeSantis, a close ally of outgoing President Donald Trump, has consistently faced criticism over how he has handled the coronavirus pandemic in Florida, from allowing beaches to open during dangerous outbreaks to allegations that his health department is falsifying case statistics — which coincided with a mysterious police raid on a former state data scientist making the accusation.