Nicolle Wallace: Trump’s own defense secretary admits he laid the groundwork for chaos in Afghanistan 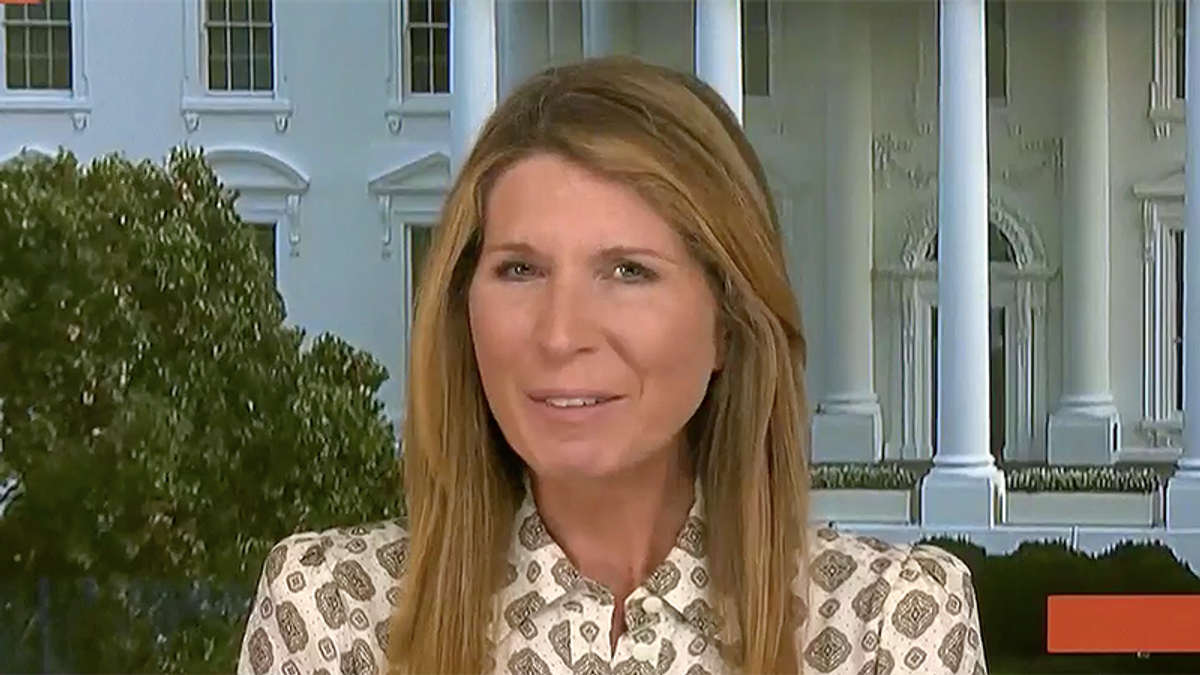 The chaos in Afghanistan as the United States leaves was expected by President Joe Biden, according to an interview with ABC News. But other military experts claim that it wasn't and that the steps taken ahead of this week laid the groundwork for chaos.

MSNBC's Nicolle Wallace showed a clip of CNN International from Tuesday evening in which President Donald Trump's former Secretary of Defense, Mark Esper, explained that it was clear this was all going to happen.

"My concern was that President Trump, by continuing to want to withdraw American forces out of Afghanistan undermined the agreement, which is why in the fall when he was calling for a return of U.S. forces by Christmas, I objected and formally wrote a letter to him," said Esper.

He described it as "a memo based on recommendations from the military chain of command and my senior civilian leadership that we not go further, that we not reduce below 4,500 troops unless and until conditions were met by the Taliban. Otherwise we would see a number of things play out, which are unfolding right now in many ways."

Wallace said that Esper essentially was "explaining how Trump laid the groundwork for the situation we're currently in."

She noted that now Republicans are blaming Biden for Trump's withdrawal mistakes and "completely ignoring the role that the ex-president played."

Republican strategist Matthew Dowd called it a "predictable" problem that he's watched happen over and over through the years: the circular firing squad from the Democrats egged on by Republicans.

He went on to say that yes what is being seen in Afghanistan is a crisis, but at the same time, 1,000 Americans are still dying every day of COVID. Republican governors are leading their own citizens off of a cliff. Nothing has happened since the first day of hearings on the Jan. 6 committee.

"They (Democrats) don't seem to have a capability of standing up for Joe Biden in a really strong forthright manner in the midst of this and saying, listen, Joe Biden is right about this," Dowd explained. "We've been here 20 years. It's a mistake. The building has been falling down. We've been trying to put it together by patchwork. Enough's enough. We've lost too many American lives in Afghanistan for us to stay any longer. That's what they ought to be arguing about. But again, Democrats, you see it in sex scandals, what happened to Andrew Cuomo. You see it in almost every single issue. They jump first, and I agreed with the Andrew Cuomo resignation, but Republicans never do any of that."

Trump's own SecDef says he warned Trump there would be a catastrophe in Afghanistan www.youtube.com