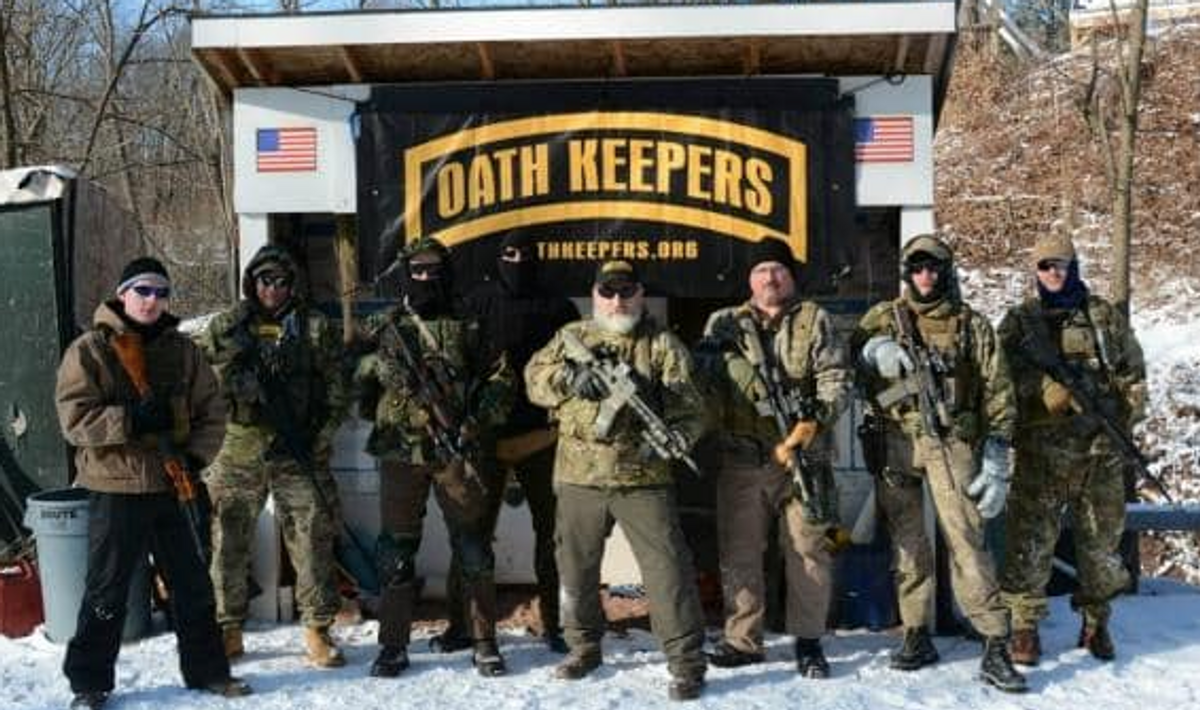 In a discussion about George Floyd's accused murderer, Derek Chauvin, Wallace asked if there was a concern that violent militia groups would be present at the trial or outside the courthouse.

Perry explained that in all 50 states there are laws against militias like those who attacked the U.S. Capitol on Jan. 6. The problem, he said, is one of enforcement of those laws. In Minnesota, "as is true in the other 49 states, those laws are just not enforced."

He anticipates two groups coming out " to show force," in uniforms and with long guns. One group would be the Three Percenters, the group formed out of those angry about former President Barack Obama being elected. Perry explained that the Three Percenters will say that they're present to protect local businesses and law enforcement.

It's a refrain that isn't unheard of, as Kyle Rittenhouse said that he came to the city to "protect local law enforcement," and ultimately shot and killed two people and wounded another.

"The other groups to keep your eye on is groups like the Boogaloo Boys. They're pretty well known by authorities" and known in Minnesota, said Perry. "It was last May when we saw a self-described Boogaloo Boy shoot an automatic weapon into the police station that was on fire in Minneapolis. He came from Texas. So, again, the question becomes one of enforcement. Now the FBI has stepped up in a big way since Jan. 6."

He said that as a result of the FBI doing more that they are starting to go underground.

"What you see is these groups turning on themselves," explained Perry. "Whenever these groups start talking about informants — and these are highly paranoid groups. When I interviewed a self-described militia member in Kentucky, we found out later she had recorded the entire conversation. She had people filming us. This is how paranoid these groups are. When they start feeling like the group is turning on itself from the inside, when they start feeling like there are these informants talking to the FBI, they get nervous and start to go underground. That is happening now. The question is, and I think we all know what the answer is to the question, why didn't that happen in the last administration?"

See his full report in the video below: