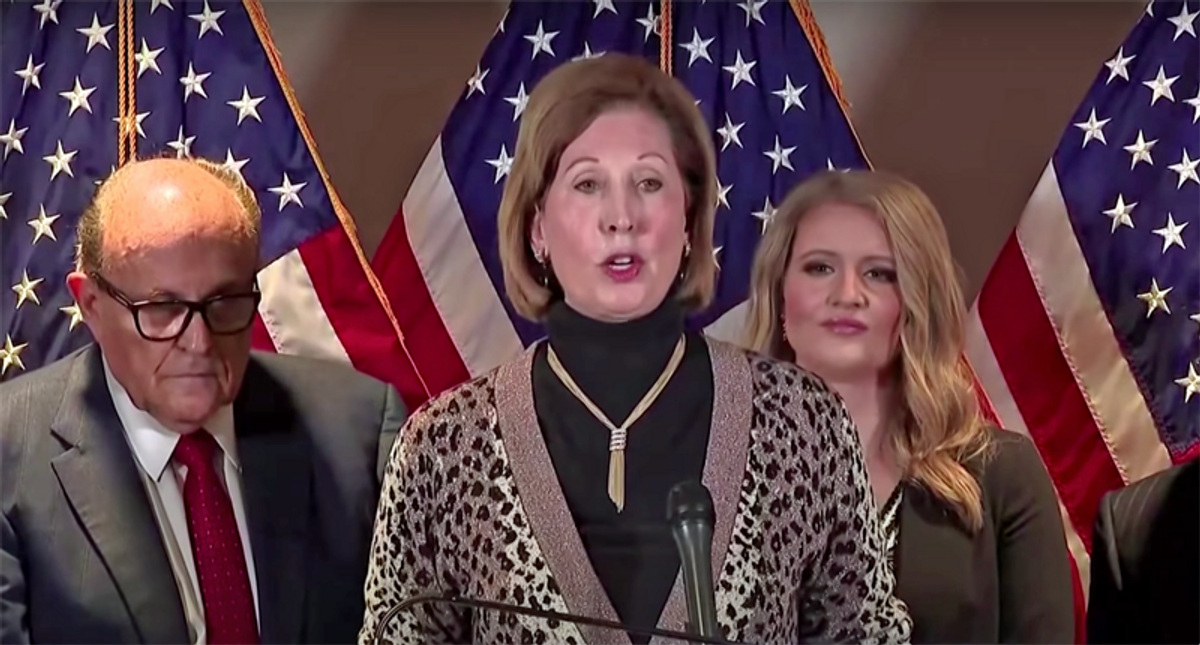 President Donald Trump appointing a controversial attorney as a special prosecutor to investigate his unfounded claims of election fraud, according to a new report by The New York Times.

"President Trump on Friday discussed making Sidney Powell, who as a lawyer for his campaign team unleashed a series of conspiracy theories about a Venezuelan plot to rig voting machines in the United States, a special counsel investigating voter fraud," the newspaper reported, citing "two people briefed on the discussion."

"It was unclear if Mr. Trump will move ahead with such a plan," the newspaper noted.

"Ms. Powell accused other Trump advisers of being quitters, according to the people briefed. But the idea that Mr. Trump would try to install Ms. Powell in a position to investigate the outcome sent shock waves through the president's circle. She has repeatedly claimed there was widespread fraud, but several lawsuits she filed related to election fraud have been tossed out of court," the newspaper explained.

On November 14th, Trump announced on Twitter that Powell would be on his "truly great" legal team.

However, on November 22nd the Trump campaign put out a statement saying that Powell was "not a member of the Trump legal team."