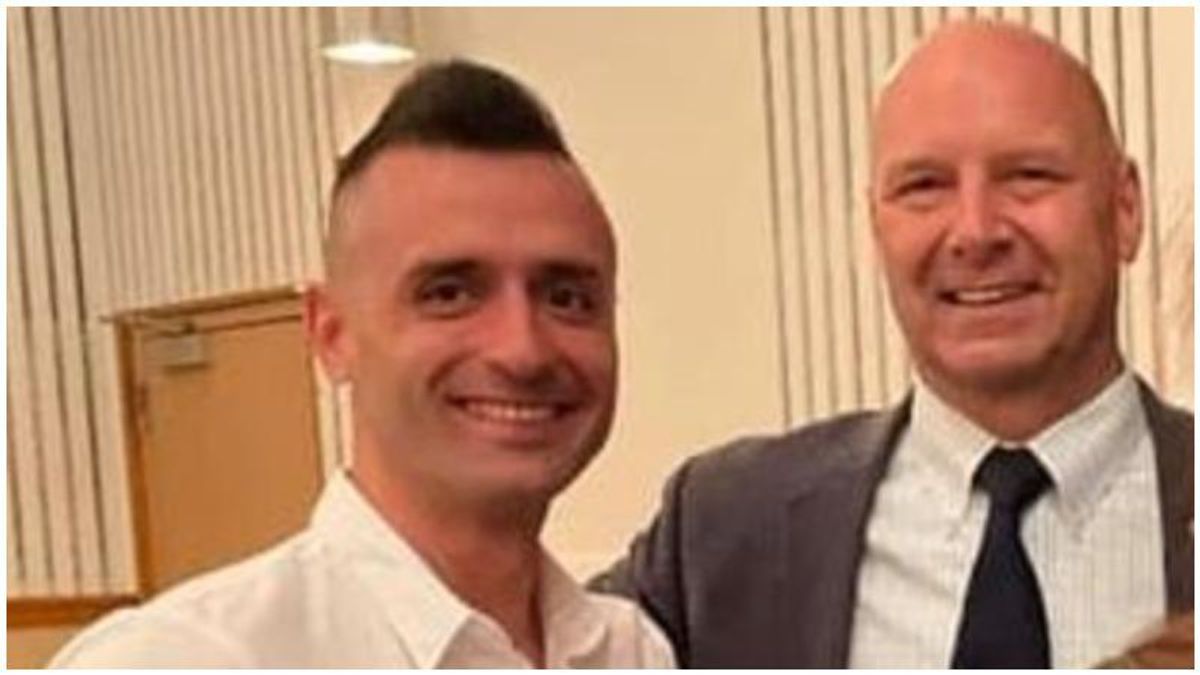 As HuffPost points out, it's not uncommon for politicians to take photos with people while having no idea who they are. "Yet it illustrates how, even as some conservatives attempt to rewrite the history of Jan. 6 and spread new conspiracy theories about who was really behind the insurrection, the people who actually violently participated in the attack ― and in fact instructed the mob with a bullhorn ― are still deeply ingrained in the Trump coalition," writes HuffPost's Ryan J. Reilly.

Mastriano was one of many GOP politicians who helped push Donald Trump's false claims of mass voter fraud.

Lazar earned the moniker of #FacePaintBlowhard as images and footage of his actions at the Capitol circulated the internet.

Making the FBI's search for him much easier, Lazar's Facebook posts about his activities on Jan. 6 caught the attention of a local newspaper. He was later identified by people who knew him by his moniker. Lazar denied to HuffPost that he was at the May 15 event.