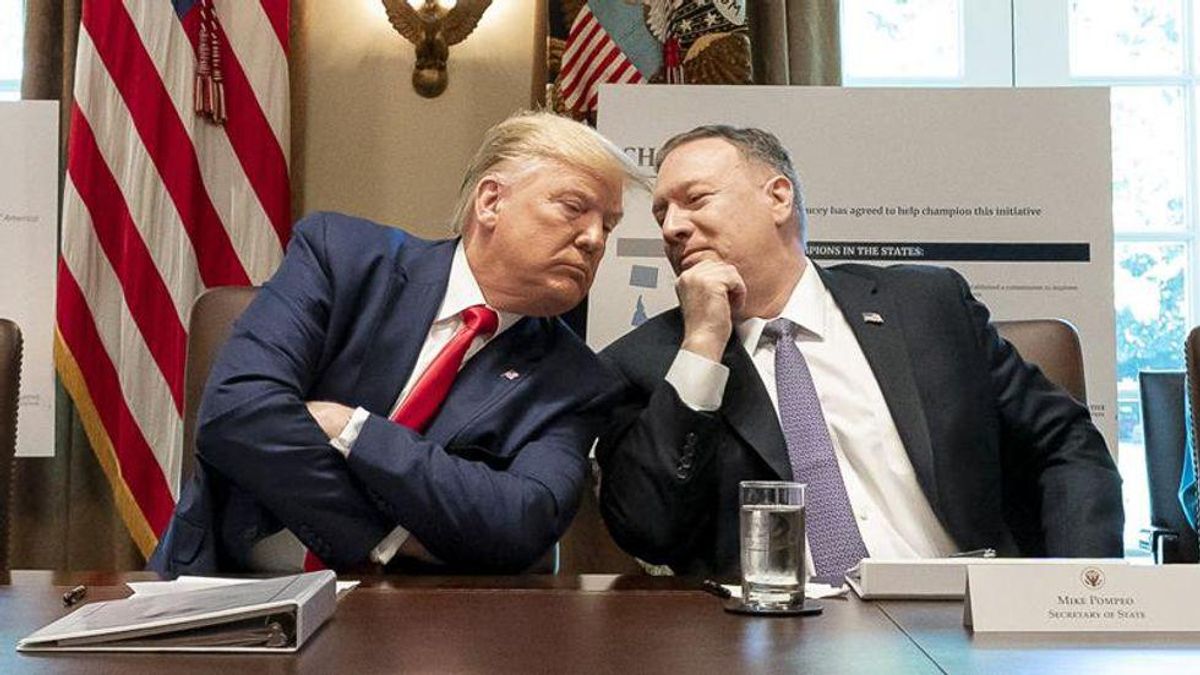 The Week editor Peter Weber noticed that as the Afghanistan withdrawal continues, the only prominent ex-Trump officials willing to promote the so-called peace plan between former President Donald Trump and the Taliban are Mike Pence, Mike Pompeo and Trump himself.

Earlier this week, former Trump Secretary of Defense Mark Esper revealed that Trump "undermined the agreement" and he warned without a slower withdrawal "we would see a number of things play out, which are unfolding right now in many ways."

Trump fired Esper in the final months of office, leaving Chris Miller to be an acting defense secretary. In an interview with DefenseOne, Miller said that the peace deal was all a "play," meaning it was fake.

According to Miller, "many Trump administration officials expected that the United States would be able to broker a new shared government in Afghanistan composed primarily of Taliban officials. The new government would then permit U.S. forces to remain in country to support the Afghan military and fight terrorist elements." Thus, there was never any intention to withdraw all of the American troops by May 1, despite the fact that Trump and the Taliban signed an agreement to do exactly that.

Weber noted that Trump's first national security adviser, H.R. McMaster, said Pompeo "signed a surrender agreement with the Taliban" that led to Afghanistan's collapse "back to the capitulation agreement of 2020."

Trump's Afghanistan expert on the National Security Council, Lisa Curtis, told The Associated Press "the Doha agreement was a very weak agreement" that gave the Taliban too much, including the release of 5,000 prisoners. It ultimately weakened the Afghan government in place.

Meanwhile, Pence claimed that Biden broke the Doha agreement when all American troops weren't gone by May 1. It contradicts the statement from Miller that there was never any intention from Trump that the troops would be withdrawn.

Pompeo told Fox News "we would have demanded that the Taliban actually deliver on the conditions that we laid out in the agreement," including engaging "in meaningful power-sharing agreement" talks, "before we completed our requirement to fully withdraw."

As The New York Times explained, "The Taliban have not violated any of the written conditions of the four-page agreement signed in Doha."

Trump appeared on Sean Hannity's program this week saying that Biden isn't being strong enough and that he told the Taliban he would bomb them. Biden hasn't dropped any bombs, which Trump claimed was weak.

Read the full piece from The Week.