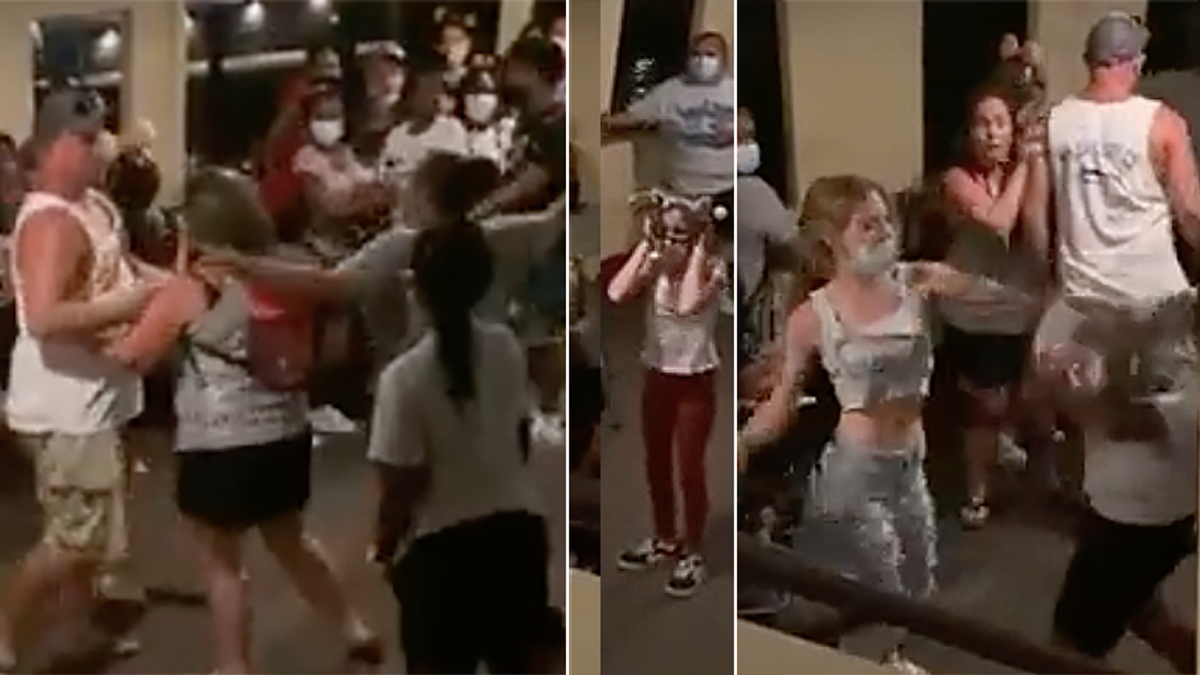 A video originally posted by Instagram user Anna Chisam revealed a fight as it broke out on the Disney World Magic Kingdom boat over the weekend. Disney reopened this year but has been limited in population and with COVID protections for guests, but the rules didn't detail throwing punches while at the "happiest place on Earth."

As the video details, two women, in particular, who slapped at each other and purses were thrown into at least one face. Two children appeared to be linked to those involved.

The details aren't quite fleshed out yet, but according to Walt Disney World News Today, the ferry boat takes people across the lake to the park. There is security on the boat, so it's assumed that the park took measures to remove those involved.

The report noted that this is the second incident at the Magic Kingdom this weekend. Earlier Saturday evening, Tom Sawyer Island was evacuated due to a suspicious and possibly armed person in the area, the report also said.