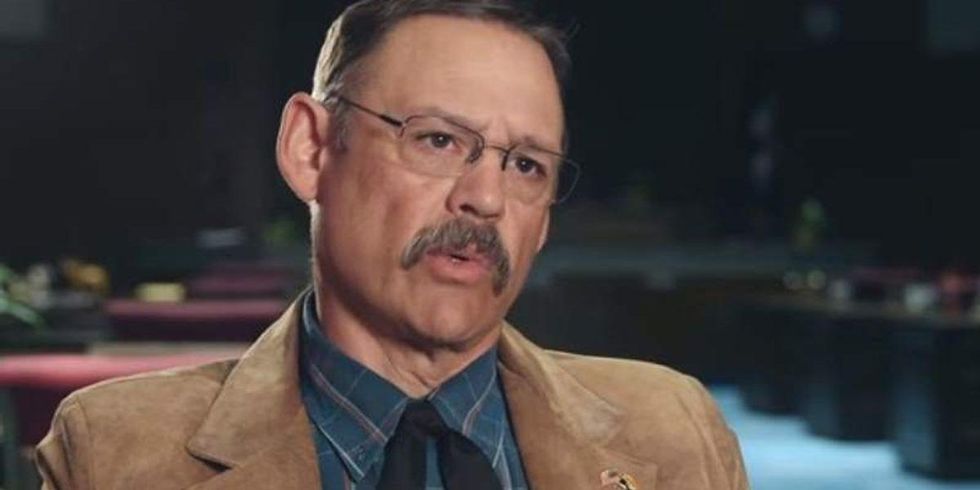 On Monday Arizona state Rep. Mark Finchem filed to run for secretary of state, the state's top elections administration position, according to a state government website.

Finchem has drawn national controversy for praising the perpetrators of the violent invasion of the U.S. Capitol on January 6th, and echoed their conspiracy theories that the election was somehow stolen from former President Donald Trump. "What about the claims that the crow[d] was a mob? Were they loud? Yes. Were they hostile? No. Did they attack the police? No, in fact I heard many [protesters] say 'thank you,' and 'bless you' as they walked by officers," he wrote in a newsletter to constituents.

In fact, Finchem was even in Washington at the time of the invasion, although he has refused to turn over phone records that might reveal what he was doing there. The Arizona Republic has blasted him as a "traitor" for his sympathies to the insurrectionists.

Even some Republican secretaries of state, like Georgia's Brad Raffensperger, have defended the integrity of the elections, denying pro-Trump conspiracy theories — although some also embrace new laws that would restrict voting access.

If nominated, Finchem would run against incumbent Democratic Secretary of State Katie Hobbs, who was first elected to the post in 2018.