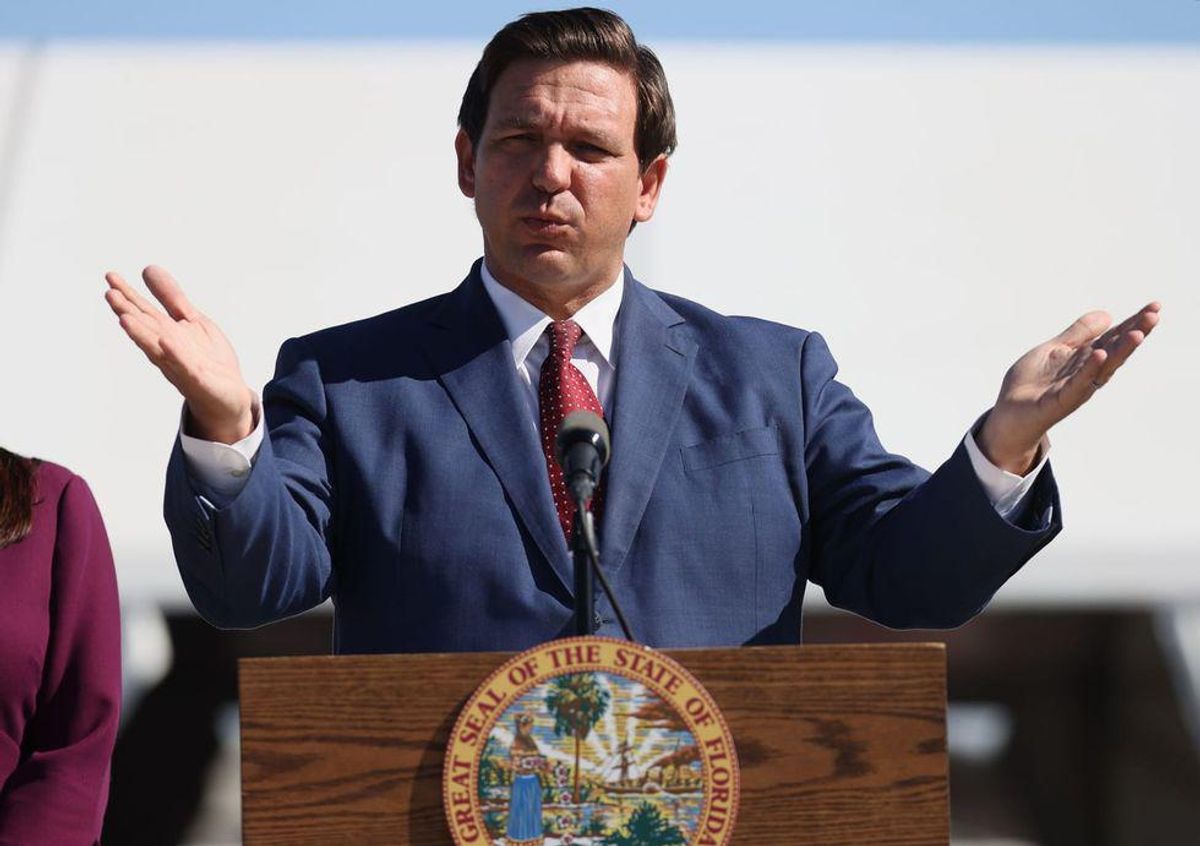 Some of Florida Governor Ron DeSantis’ top priorities this year have been labeled unconstitutional by critics. - Joe Raedle/Getty Images/Orlando Sentinel/TNS

"It used to be thought that a university campus was a place where you'd be exposed to a lot of different ideas," DeSantis said, justifying the legislation. "Unfortunately, now the norm is, these are more intellectually repressive environments. You have orthodoxies that are promoted, and other viewpoints are shunned or even suppressed."

DeSantis didn't offer any specific examples of that repression but instead claimed he "knows a lot of parents" who are worried their children will be "indoctrinated" with ideas they don't support, and a pair of state legislators complained that Florida colleges and universities had become "socialism factories."

"We always hear about the liberal parts of the university system, and we don't hear so much of that from the college system," Senate President Wilton Simpson (R-Trilby) said Tuesday at a state university system's Board of Governors meeting.

"As the governor said, we are at great risk, as a nation and as a state, on the lack of intellectual diversity that is on our university campuses," Sprowls said. "We have decided that one ideological standard will win the day, but the thing is we're losing because we're not having real conversations."

DeSantis and the bill's sponsor, state Sen. Ray Rodrigues (R-Estero), suggested funding could be cut as punishment for colleges and universities found to be "indoctrinating" students under the measure, which goes into effect July 1.

"That's not worth tax dollars and that's not something that we're going to be supporting moving forward," DeSantis said.

Rodrigues insisted that faculty would not be promoted or fired based on their political views recorded in the survey, which is not required to be filed anonymously, and will be selected or created by the state university system's Board of Governors and the State Board of Education.

DeSantis also signed a law prohibiting university and college officials from limiting campus speech that "may be uncomfortable, disagreeable or offensive," and will allow students to record lectures without consent that may be used as evidence in a civil or criminal case against educational institutions.