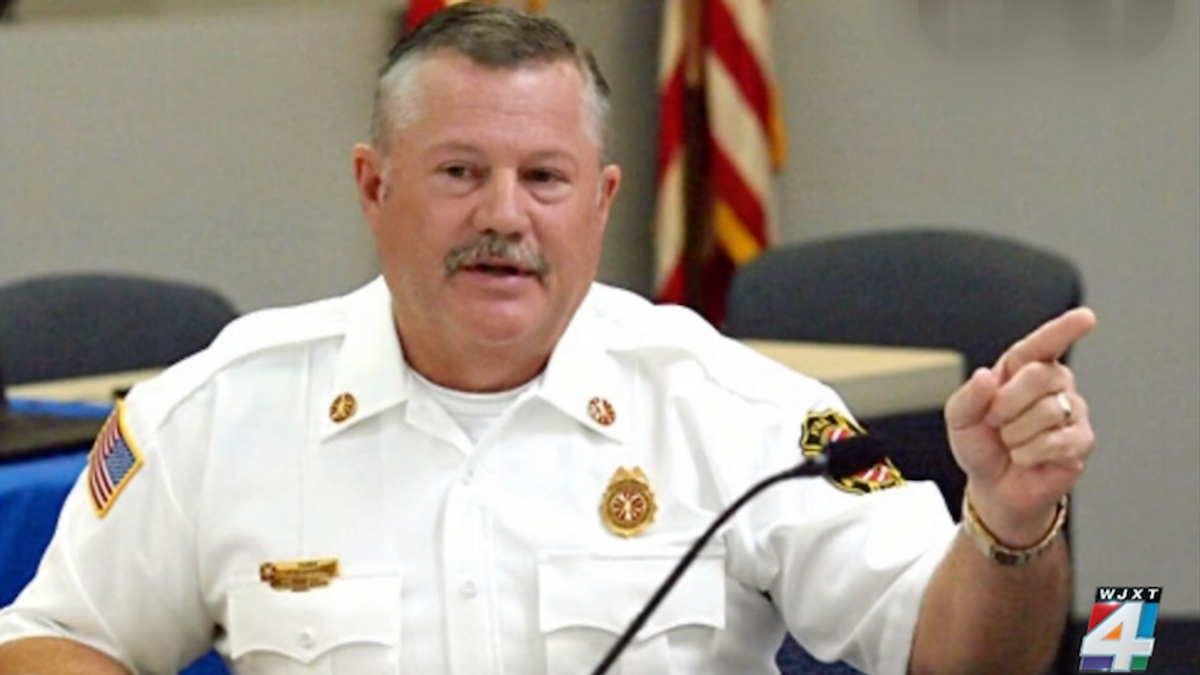 A Florida fire chief has died from COVID-19 after the virus sidelined 75 percent of his department last month.

Officials in Lake City said they do not know whether Fire Chief Randy Burnham, who died Sunday after battling the virus for several weeks, had been vaccinated. A fire department lieutenant in Lake City, 60 miles west of Jacksonville, is also currently hospitalized with COVID-19 and on a ventilator, according to Channel 4 news.

"We are thankful for the outpouring support of our department during this time," the department wrote on Facebook on Tuesday morning. "We want to not forget that we have one of our brothers still fighting and needs your continued prayers. This is a trying time but know that #Godsnotdone."

Austin Thomas, a driver-engineer with the department, told Channel 4 that "August was a rough month for the 21-man fire station with, at one time, 75% of its employees either positive with the virus or in quarantine."

"The department had PPE and other procedures in place to protect employees, but Thomas said the virus still hit home hard," the station reported.

"Hitting so close to home influenced the people to get vaccinated, protect themselves, protect their families," Thomas told the station. "And I know for sure that that Chief Burnham was always an advocate for, you know: Do what's best for you and your family."

Only 33 percent of residents in Columbia County, where Lake City is situated, have been vaccinated, according to the New York Times.

The Associated Press reported this weekend that police, fire fighters and other first responders "are among those most hesitant to get the vaccine and their cases continue to grow."

"No national statistics show the vaccination rate for America's entire population of first responders but individual police and fire departments across the country report figures far below the national rate of 74% of adults who have had at least one dose," the AP reported.