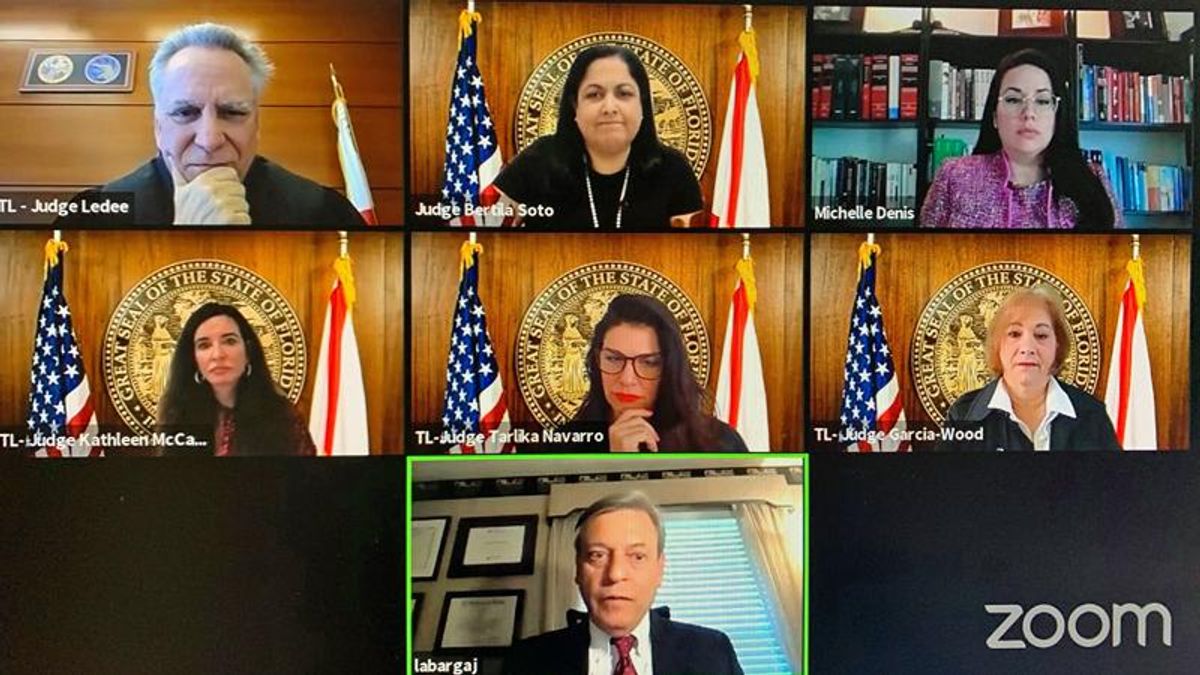 "The campaign to liberalize Florida's marijuana laws has long pitted the people against state officials. For years, the Republicans in the state legislature and governor's mansion refused to expand access to cannabis. In 2016, Floridians took the matter into their own hands, legalizing medical marijuana through a ballot initiative amending the state constitution that passed with more than 71 percent of the vote. Former Republican Gov. Rick Scott, abetted by GOP state legislators, attempted to gut this new law by strictly limiting qualifying conditions for the drug and banning smokable marijuana. A court blocked that ban, and the legislature eventually repealed it," Stern explained.

"Seizing this momentum, cannabis reform advocates launched a new ballot initiative to legalize recreational marijuana for all adults over the age of 21. As of Thursday, the initiative's sponsor had raised $8.2 million and collected more than 556,000 signatures out of the 891,589 needed to get on the ballot in 2022. Its strong support at this early date indicated a real possibility that the initiative would cross the 60 percent threshold necessary to amend the state constitution. But as its proponents were collecting signatures, Attorney General Ashley Moody, a Republican, asked the Florida Supreme Court to weigh in on the measure's legality," he explained.

"It seems as if the majority is offended by the notion of legalizing marijuana under state law while it remains illegal under federal statute, and worked its way back from that conviction. But that is not the Florida Supreme Court's decision to make; it is supposed to be the choice of the voters," Stern wrote. "Then again, Florida Republicans are not very friendly to self-governance through ballot initiative. In recent years, they have placed heavy new burdens on this process in an effort to restrict the number of proposed amendments that reach the ballot. This drive is motivated in part by the success of a ballot initiative restoring voting rights to people convicted of felonies, which the legislature opposed and then eviscerated. Thursday's decision may be a byproduct of Republican hostility toward the initiative process as much as it is a consequence of five conservative justices' distaste for marijuana reform. Whatever the motivation, the bottom line is clear: The Florida Supreme Court does not trust the state's voters to govern themselves."

The Florida Supreme Court's anti-weed decision today is so bizarre and illogical that it is pretty clearly the resu… https://t.co/AaTHTRGG7X
— Mark Joseph Stern (@Mark Joseph Stern)1619122311.0