Flyin' Ted set a new record for hypocrisy -- but will it hurt him? 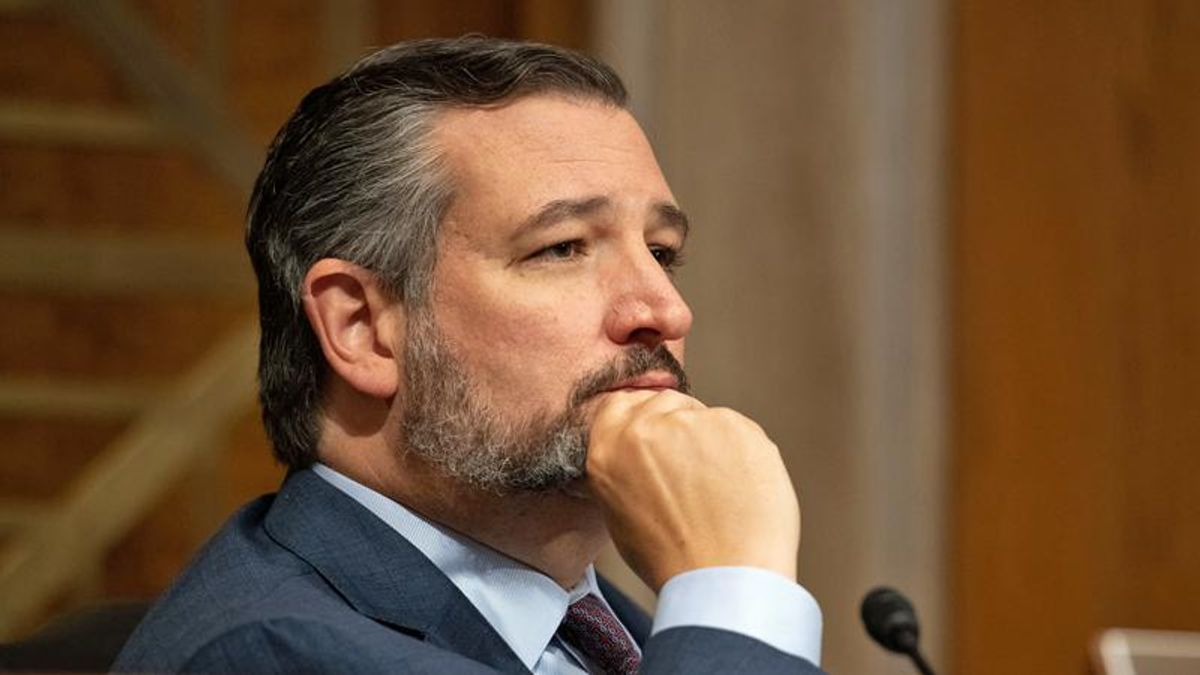 When Texas Senator Ted Cruz bolted for a vacation in the Cancun sun at the very moment death and suffering were gripping ravaged state he represents, he did far worse than expose himself as one of the more despicable humans ever.

Remember, we already knew that part. What Cruz achieved in such spectacular fashion was to give some deep, new meaning to the concept of hypocrisy. He nailed it on so many levels. And returning home with tail between legs today wasn't exculpatory.

Coming back hardly erased the original sin, which was to jet off to sunny paradise after telling his Texas constituents to "stay home" and not "risk it. Keep your family safe and just stay home and hug your kids." Perhaps Cruz would clarify that as an elite, he was not incurring any risk by packing up the wife and kids to head south. Or that he wasn't the hugging type. Probably wouldn't have helped.

Nor did "blaming the kids" as opposed to hugging the kids. Of all the times not to self-proclaim what a good father you are, this is undoubtedly the worst. Even for the political world's proud Dr. Evil, parents preoccupied with keeping their children from freezing to death probably didn't want to hear about Cruz indulging his at the beach.

The Fort-Worth Star-Telegram weighed in with this large headline:
"While you're freezing in your Texas home, Sen. Ted Cruz took off for Cancun. Really."

"Cruz's instincts — and his judgment — have abandoned him now. The junior senator from a state where millions of residents have been freezing without power, lacking safe drinking water and running out of food week with his family. To be clear, Cancun is not part of Texas. Cruz was not working, unless applying another coat of sunscreen counts as a senatorial duty."

The Austin Statesman weighed in with a different sort of hypocrisy angle. It seems just a couple months ago, Cruz was most indignant Austin's Democratic mayor Steve Adler, went to Cabo--also a nice Mexican destination--during the pandemic.

"Sen. Ted Cruz had tough words for Austin Mayor Steve Adler after media discovered he had travelled to Cabo San Lucas amid the coronavirus pandemic," the Statesman reported.

"Hypocrites. Complete and utter hypocrites," Cruz said in a Dec. 2 tweet. "And don't forget @MayorAdler who took a private jet with eight people to Cabo and WHILE IN CABO recorded a video telling Austinites to 'stay home if you can...this is not the time to relax.'"

More from the Statesman Thursday:

"What a difference a series of deadly snow and ice storms make. As widely reported on Twitter and confirmed Thursday by the Associated Press and Fox News, Cruz hopped aboard a plane and flew to Cancún Wednesday for a sunny getaway amid a cold weather crisis that continues to leave left hundreds of thousands of Texans without power and about without water, according to state officials. Unlike Adler, he did not take a private plane, allowing for several of his fellow passengers to snap photos of him as he went to his seat."

Also, there's this bit of hypocrisy: Cruz and fellow Trump-exonerating Texas Republican Senator John Cornyn didn't hesitate to find some bipartisanship in their hearts when seeking all the disaster-relief help that President Joe Biden could provide. Biden, of course, promptly declared a state of emergency as he should have.

As the website Uproxx.com noted, Cruz hasn't been so kind and understanding when the proverbial shoe has been on the other foot. Say, when California was facing its own energy troubles or when Hurricane Sandy had ravaged the Northeast. Here's the site's reporting"

"Texas and neighboring states are in a rough patch right now, with a freak winter storm leaving millions without power, freezing in a part of the nation that hasn't had weather this cold in decades, if not longer. One of Texas' senators, Ted Cruz, has rightly called for disaster relief, and hopefully they get it quick. Two things, though: Not only was Cruz among a number of Republicans who made jokes last year when California suffered their own energy crisis, he was also one of the lawmakers who voted against the federal assistance after Hurricane Sandy in 2012."

Cruz has tried over the years to downplay that 2012 vote, but his denials have been dispelled by multiple fact-checkers.

Going forward, though, the main political question will be whether Cruz's unbelievable hypocrisy will actually hurt him. Remember that his brand is to be nasty and unpleasant: He has been an apologetic fund-raiser off his scandalous conduct after the January Capitol riot.

Here's what one can expect: When the dust settles, Cruz will make a right-wing-media grievance tour -- raising big dollars all the way -- as he positions himself as the victim of cancel culture from those rightly calling on to resign or otherwise hasten his journey to history's dustbin.

A decent man actually might resign under these circumstances, or even be forced to. But this is Ted Cruz.