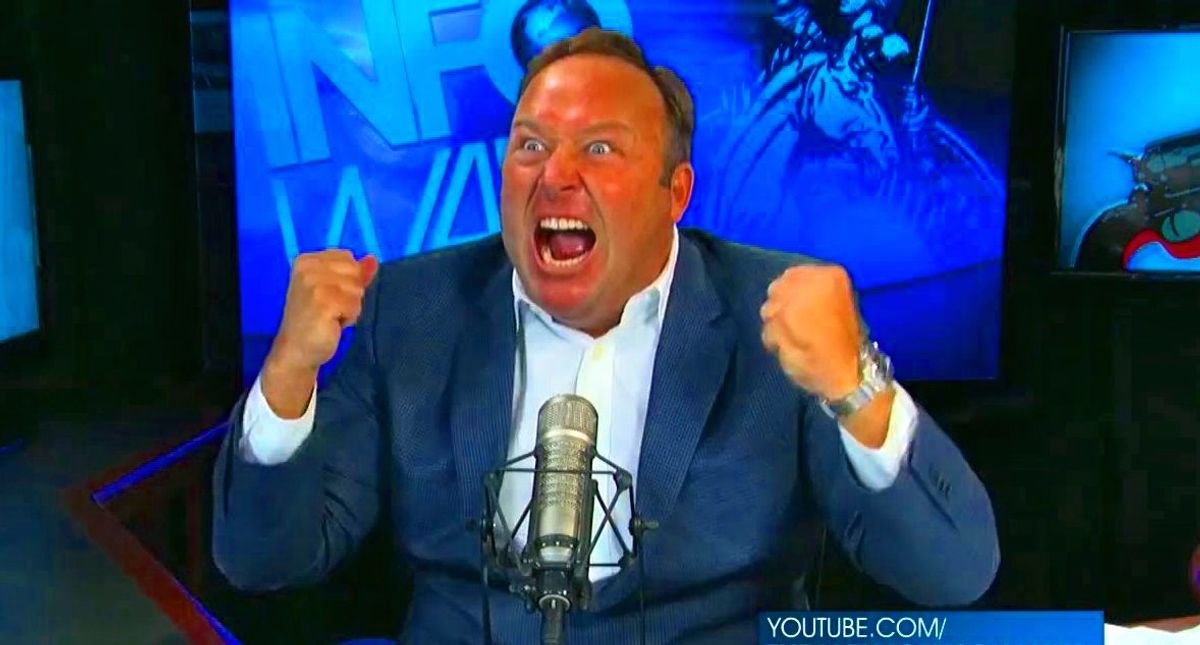 From Tucker Carlson and Laura Ingraham at Fox News to Alex Jones' "Infowars," many right-wing media outlets have demonstrated that pushing lies and disinformation can be quite profitable. Former One America News Network and "Infowars" employees discussed the far-right media business model during an April 25 appearance on CNN's "Reliable Sources," telling host John Avlon (who was filling in for the usual host, Brian Stelter) that accuracy always took a back seat to profitability at those outlets.

Marty Goligan was a producer at OAN before he was fired for speaking candidly to the New York Times, while Caolan Robertson was a correspondent for "Infowars" and Rebel Media. OAN prides itself on being to the right of Fox News, and Goligan told Avlon that OAN's management encouraged him to promote fringe ideas.

Goligan said that when OAN hired him, he expected to work for an organization that had a "conservative slant" — and part of the time, he was doing "normal news rundowns" as an OAN producer. But Goligan told Avlon that he grew disenchanted with OAN when he was pressured to push "fringy" stories that had "weird sourcing."

"It was mostly coming from the top," Goligan said of the nonsense that OAN management expected him to promote.

"Infowars" is known for pushing way-out conspiracy theories, and Robertson told Avlon that the "disinformation" Jones promoted brought in tens of millions of dollars.

"I was told we should never let truth get in the way," Robertson said of the "massively funded ecosystem" he was once a part of.

The key to driving traffic, Robertson recalled, was whipping the audience into a frenzy.

Robertson told Avlon, "We would create conflict…. It whips up their audience into anger."