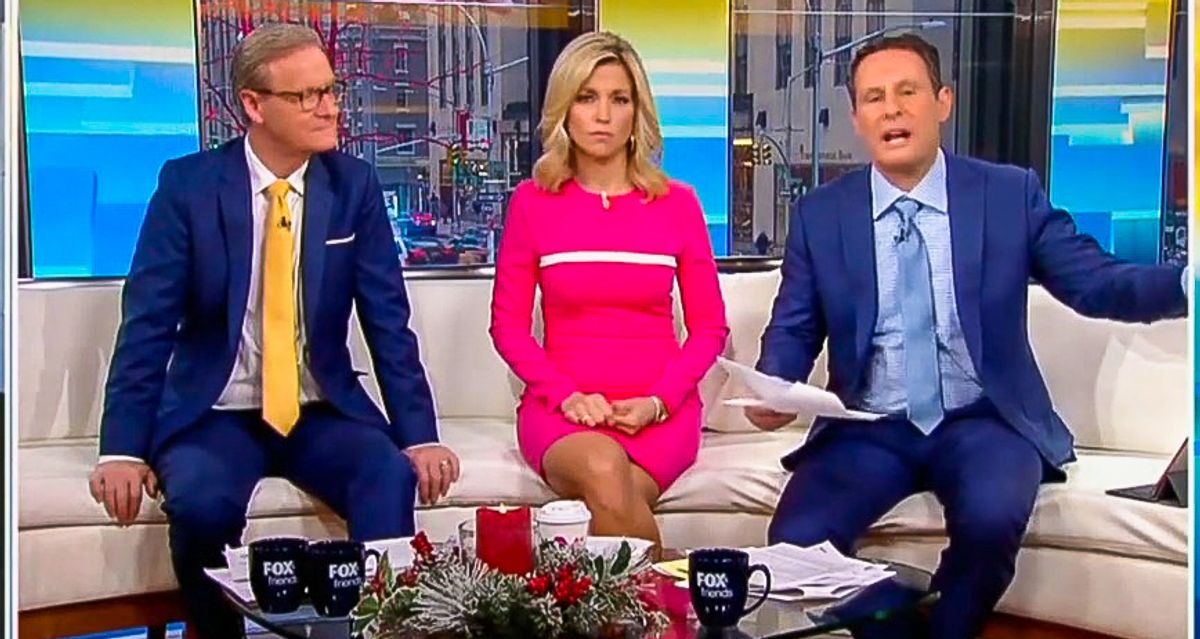 President Donald Trump was impeached for a second time on Wednesday in the most bipartisan vote to impeach a sitting president in American history.

The hosts of "Fox & Friends," however, claimed on Thursday that Trump was simply the victim of liberal elites who have hated him for years.

"They've hated this president since Day 1," complained a bitter Ainsley Earhardt about Trump's record second impeachment. "They've been talking about it the entire time, and they got their wish. Twice! He's impeached! They won. Seven days until he's out. Even if you don't like him, he lost the election. He's out. Isn't that enough?"

Co-host Brian Kilmeade, meanwhile, decried Twitter for banning Trump's account over risks that he would continue to incite violence in an attempt to overturn the results of the 2020 election.

"They've lost billions of dollars since decided to ban the president, their Number 1 customer, who's done more for their company, even though they don't like him, than possibly anybody else," he said.

"What a business model," quipped a sarcastic Earhardt. "My Number 1 customer -- you're out!"