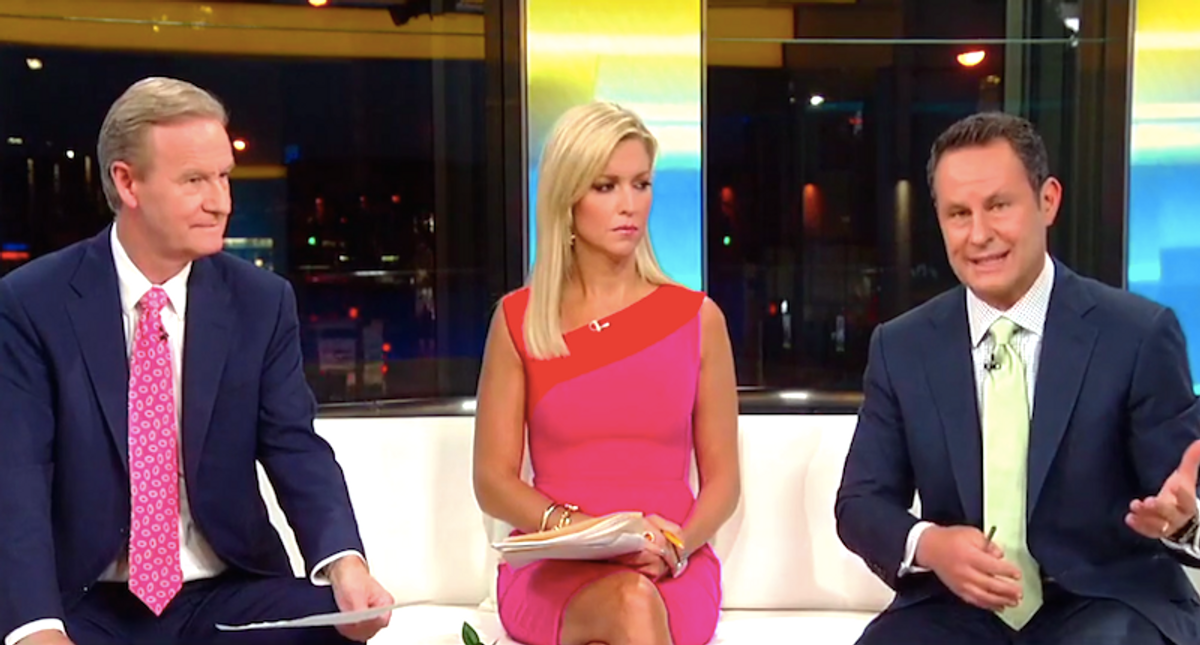 McConnell remains in control of the Senate until President-elect Joe Biden is sworn in next week, and he has signaled that he's ready to dump Trump overboard after the president's supporters violently stormed the Capitol to stop the congressional certification of the electoral vote.

"If Mitch McConnell is such a great politician," said co-host Brian Kilmeade, "does he understand that, as Brit Hume has said and Jonathan Swan has reported, there's no sign the president's lost his base, so if you actually want to build on the president's base and bring the party in a subtle or dramatic new direction, why do it without them with only days left? It makes no sense."

Kilmeade threw his support behind censuring the president and blaming Capitol police for the violence, rather than hold Trump accountable for inciting his supporters to riot.

"It's the perfect thing to bring up now, because Republicans say, 'I can't back that up, I almost died, Mike Pence was almost hanged,'" Kilmeade said. "You could say, 'Man, we were physically in danger because of security,' and at the same time send a message and then let the president go next Tuesday or Wednesday and then move on. Why fracture unnecessarily?"

Co-host Steve Doocey disagreed, saying that Kilmeade was failing to appreciate the gravity of what happened a week ago.

Kilmeade argued that attack was no worse than violent clashes in Portland, Oregon, over the summer, but Doocey strongly disagreed.

"I don't think what they were doing in Portland was trying to overthrow the democracy," Doocey said.

Steve Doocy: "The Congress was under attack last week. It was looted. There was a riot."

Brian Kilmeade: "So was Portland every day, and nobody cared on the left!"

Steve: "Brian ... Brian ... I don't think what they were doing in Portland was trying to overthrow the democracy." pic.twitter.com/QgEtbfIk0J
— Bobby Lewis (@revrrlewis) January 13, 2021