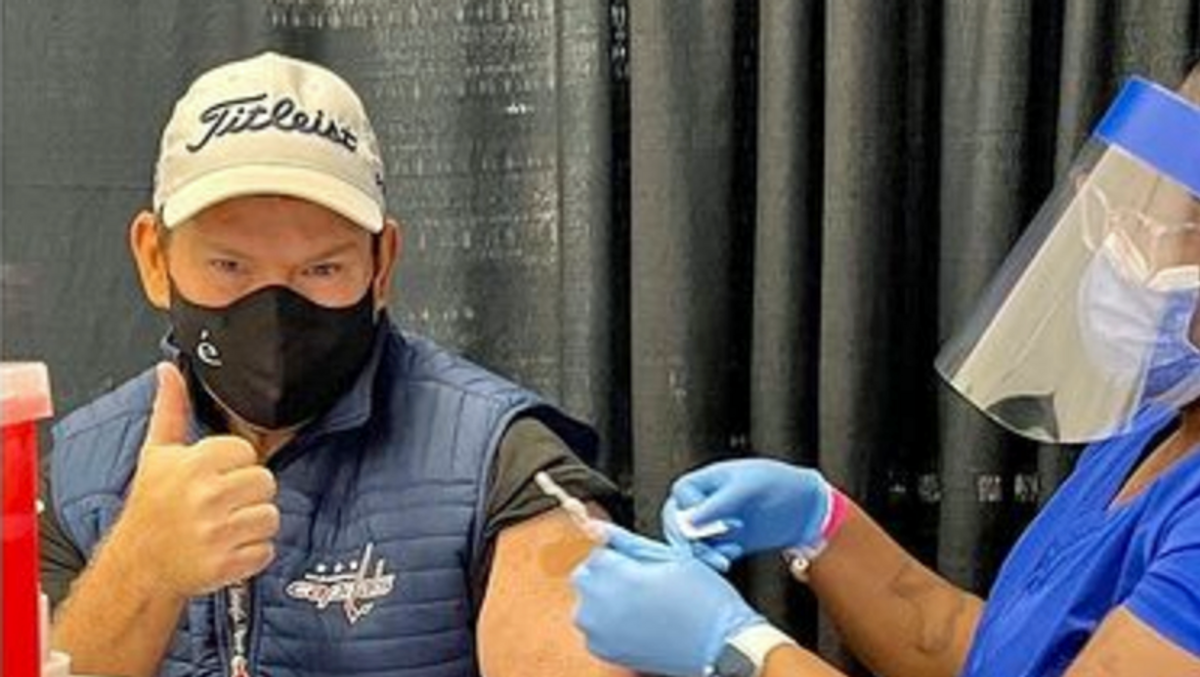 But it didn't take long for Baier to receive outrage on Twitter. Fox News personality Tucker Carlson has devoted multiple segments on his primetime show to questioning vaccines.

Surprising nobody, Baier was attacked for getting the vaccine and took to Twitter to defend himself.

In his oft-cited 1964 Harper's magazine article "The Paranoid Style in American Politics", historian and political scientist Richard Hofstadter observed how:

American politics has often been an arena for angry minds . . . I call it the paranoid style simply because no other word adequately evokes the sense of heated exaggeration, suspiciousness, and conspiratorial fantasy that I have in mind. In using the expression "paranoid style" I am not speaking in a clinical sense, but borrowing a clinical term for other purposes. I have neither the competence nor the desire to classify any figures of the past or present as certifiable lunatics. In fact, the idea of the paranoid style as a force in politics would have little contemporary relevance or historical value if it were applied only to men with profoundly disturbed minds. It is the use of paranoid modes of expression by more or less normal people that makes the phenomenon significant. Of course this term is pejorative, and it is meant to be; the paranoid style has a greater affinity for bad causes than good.

Some 50 years later Hofstadter's warning is much too generous. Today's Republican Party has taken the paranoid style and made itself into the most dangerous political organization in the world today. It seeks to overthrow American democracy and replace it with a type of new Jim Crow apartheid regime. Political violence against Democrats, liberals, progressives, non-whites, and any others deemed to be "the enemy" is being increasingly normalized.

Rep. Adam Kinzinger (R-Ill.) on Friday voiced his concerns about the Republican Party's ousting of Rep. Liz Cheney (R-Wyo.) as he suggested that the decision may ultimately backfire on his party.

On Friday, May 15, Kinzinger appeared on "The View" where he shared his grievances about House Republicans' vote to oust Cheney. The vote was cast on Wednesday, May 12 after Cheney repeatedly pushed back against former President Donald Trump's baseless claims about the presidential election being stolen and his rhetoric that she believes influenced the insurrection on the U.S. Capitol.

During the 1980s, the late Sen. Barry Goldwater of Arizona — arch-conservative Republican, 1964 GOP presidential nominee, and a political role model for future Arizona Sen. John McCain — famously railed against the Christian Right and its growing influence in his party. Goldwater, a blistering critic of the Rev. Jerry Falwell, Sr. and his Moral Majority, believed that far-right White fundamentalist evangelicals were terrible for the GOP and terrible for the conservative movement. But fellow Republicans ignored Goldwater, and the Christian right became the GOP's most powerful voting bloc. One social conservative who did a lot to bring that about was Republican activist Ralph Reed, whose tireless support of the Christian Right is the focus of a new episode of The Atlantic's podcast "The Experiment."

Reed was Goldwater's worst nightmare. While Goldwater and like-minded conservatives and libertarians wanted the Christian right to have less influence in the GOP, Reed has spent decades giving it more influence. And 18 years after Goldwater's 1998 death, Reed aggressively supported Republican Donald Trump in the 2016 presidential election and did a lot to rally White evangelicals around that year's Republican nominee.