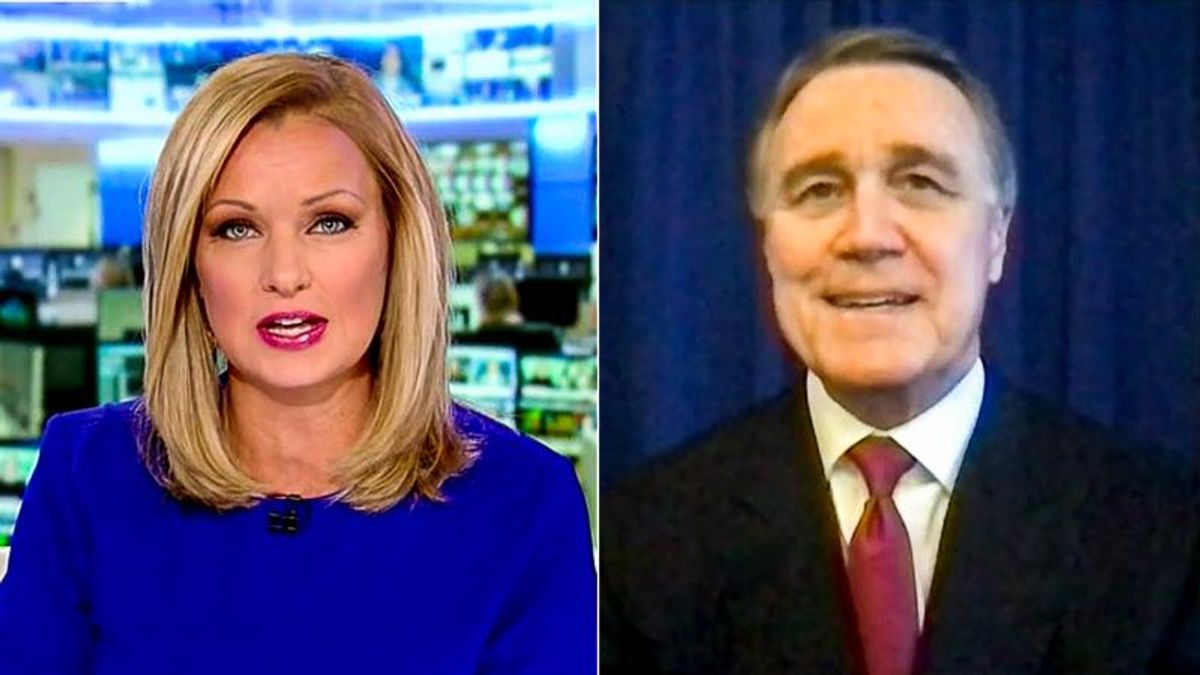 Perdue told Fox News host Sandra Smith that he found the leaking of the call to be "disgusting."

"I did say that it was disgusting," Perdue explained. "I guess I was raised differently, Sandra. Because my mom and dad were school teachers. But to have a state-wide elected official -- regardless of party -- to tape without disclosing a conversation, a private conversation with the president of the United States and then leaking it to the press is disgusting."

"But I didn't hear anything in that tape that the president hasn't already said for weeks now since the November election, calling for some sort of investigations, some sort of resolution to the improprieties and the irregularities that we now see happened in November here," he continued.

Smith noted that one conservative constitutional scholar has said that the telephone call was "breathtaking" and that other Republicans have also expressed outrage.

"So, sir, you've reacted to the leaking of that call and the actual taping of it," she continued. "Got it. But what about the contents of that call?"

Perdue argued that "75 million Americans" agree with Trump's assessment of the election.

"Something untoward happened here in Georgia," Perdue said. "And we have not gotten to the bottom of it."

"Until somebody looks at that, I've been calling for weeks to object to the electors," the candidate added.

Smith pressed: "Just to be clear, the ballots in your state were counted three times, including a mandatory hand count and a Trump-requested recount. So you're asking for more than that, more should be done than that."

"Sandra, I never called for a recount," Perdue replied. "That was a waste of time, a hand count and a machine recount. That's not what I've been saying. I've been saying all along that there are things that went on around the signatures that we have not been given answers to."