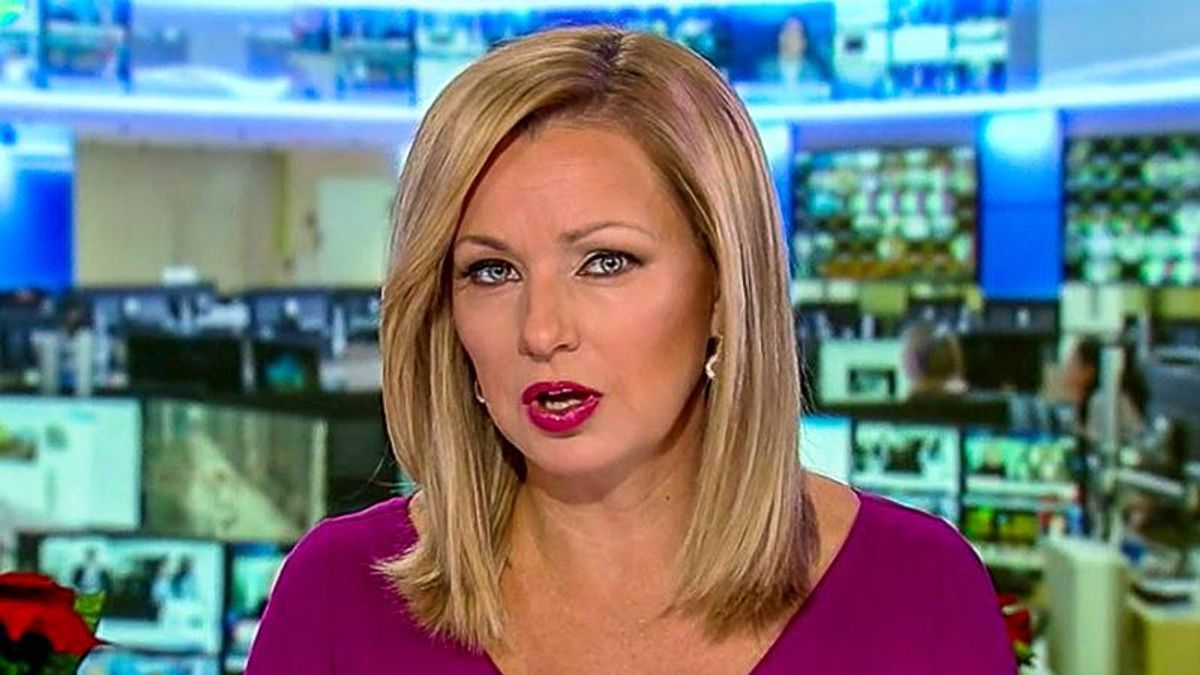 A Fox News report on Tuesday blamed conservatives for violence that occurred during a protest at the Oregon State Capitol.

"Oregon State Police arrested four people after a confrontation with anti-lockdown demonstrators who pushed their way into the state capitol building yesterday," Fox News host Sandra Smith reported. "Oregon police have had violent confrontations with left-wing groups. Now the violence is coming from the right."

Correspondent Jonathan Hunt reported that police are expecting an extended "battle with right-wing groups, including Proud Boys and Patriot Prayer."

"In Monday's disturbances, groups of protesters -- some of them armed -- smashed windows and broke into the state capitol in Salem while politicians were debating COVID lockdowns and economic relief," Hunt explained. "Troopers attempted to push the crowd back after some got inside. Some of the protesters were armed with handguns and rifles."

"The protest, with many taking part unmasked, was organized by the Washington-based right-wing group Patriot Prayer," he added. "So if law enforcement officials in Oregon thought they might get a break from protests post-election, it seems they were badly mistaken, only the political motivations of the protesters have actually changed."