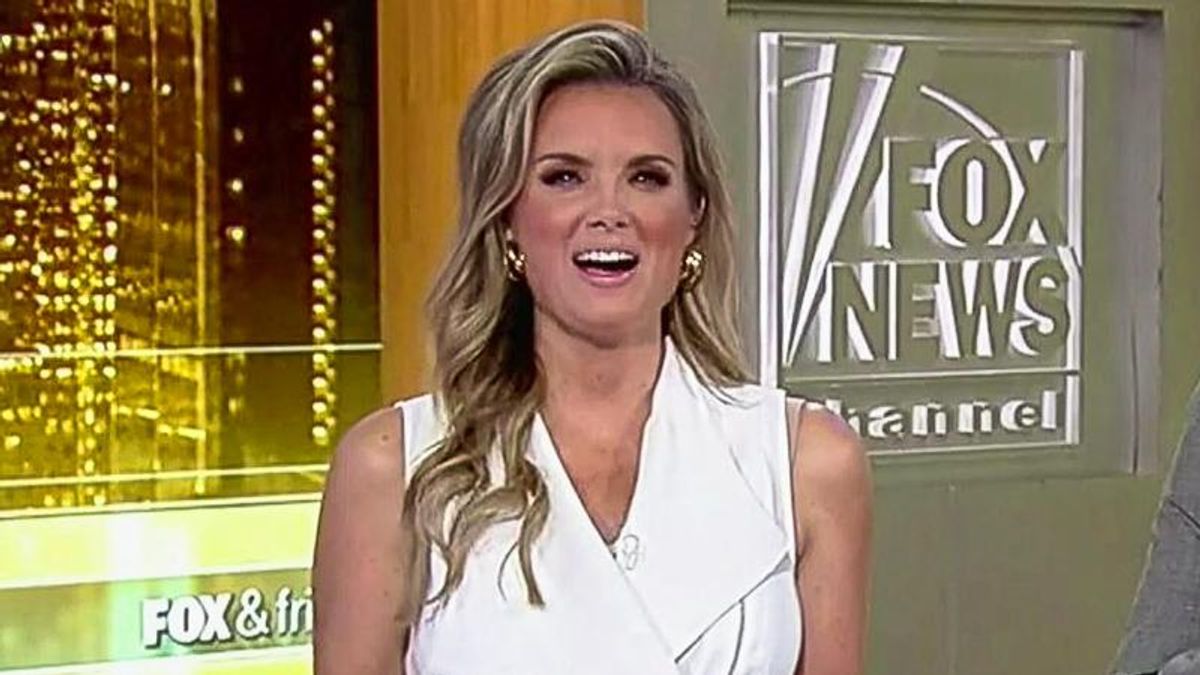 Fox News host Jillian Mele mistakenly reported on Wednesday that Russia has a military fighter jet that can fly at nearly "twice the speed of light."

"The jet features stealth characteristics and the ability to cruise at supersonic speeds," Mele said of Russia's new technology. "The new aircraft is smaller than other Russian fighter jets but can fly at a speed of almost twice the speed of light."

"The new design can also be converted into an unpiloted version," she added.

"Unpiloted," co-host Steve Doocy weighed in, "so you would control it by a computer or a person running it just like a video game."

"That boggles my mind," Mele admitted.

Albert Einstein's theory of relativity concluded that nothing can travel faster than the speed of light.

According to Fox News's online reporting, Russia's new fifth-generation stealth fighter can fly "at a speed of 1.8-2 times the speed of sound."